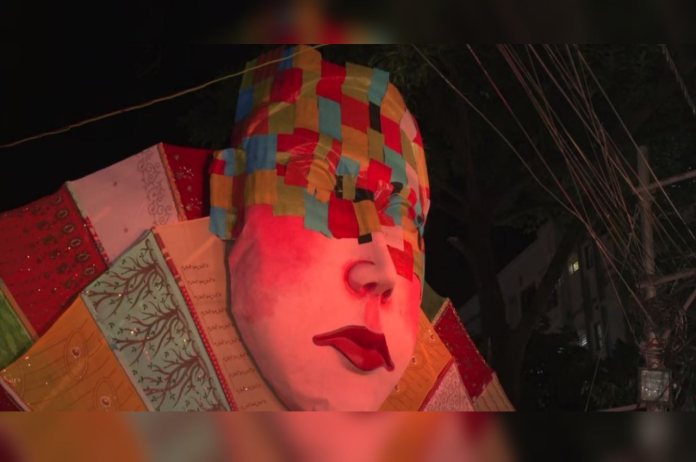 New Delhi: Furthering a tradition of presenting new themes during the Durga Puja in Kolkata, pandals and idols depicting the lives of sex workers under the ‘Parichai’ (identity) theme have been created for the celebrations during this year’s festival.

The pandal has been brought up by the Nawpara Dadabhai Sangh Puja Committee in the city which was inaugurated by Lok Sabha MP and actor Shatrughan Sinha on Monday.

The preparations for the puja in West Bengal are in full swing with new and innovative themes on display. The sculptors in Kolkata present various themes while preparing the Durga idols. 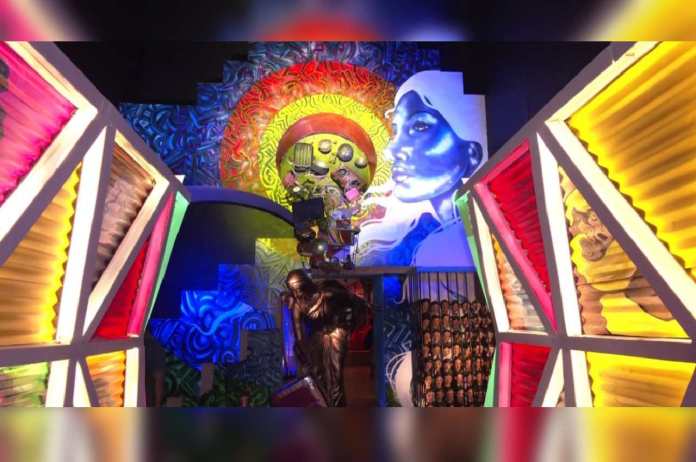 One such pandal showing the lives of the sex workers has been brought up which also shows the society they live in and the way people see them, and the manner they remain anonymous in a different world without an identity.

Speaking to ANI on the occasion, Sinha said, “It is a boon by Maa Durga. The entire state of West Bengal is drenched in the colors of the festival. I have been coming to Durga Puja for years, but it is a matter of fortune for me that I am inaugurating this pandal. I am grateful to Saugata ji and Mamata Banerjee.”

The concept and theme designer, Sandip Mukherjee expressed his perspective on the work the sex workers and said that there is a need to bring about a change in the perspective of people.

“Prostitution is a profession, but for the common people, is it a profession? We can say which profession we are in, but can they say so? Because we see them from a different perspective. We should change this perspective. Our project is to bring about change in society. We corner them because of what they do. We do not let them enter society. Why can’t they come when they are also doing their job?” he said.

“We have attached the ambience of a mother in the idol which depicts the sex workers. We gave them the silicon form to make it attractive and touching to the people. This is for the first time that an idol of Maa Durga has been made of silicon,” Mukherjee added. 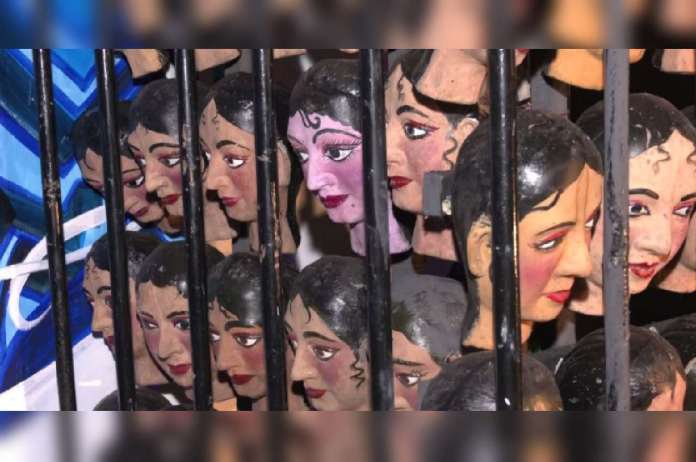 Describing the essence behind the pandal, he said that the sex workers’ lives have been displayed which seems like a film when a visitor visits the place.

“If we see the pandal from the front, it will seem like a movie. The lives of the sex workers have been displayed in the theme. I had this concept for many years, presented it before other organizers, but they could not show courage to give it a nod until this time,” he said.

Madan Mitra, TMC MLA said, “The celebration is showing not only the pride of Bengal but also the magic of Mamata Banerjee.” 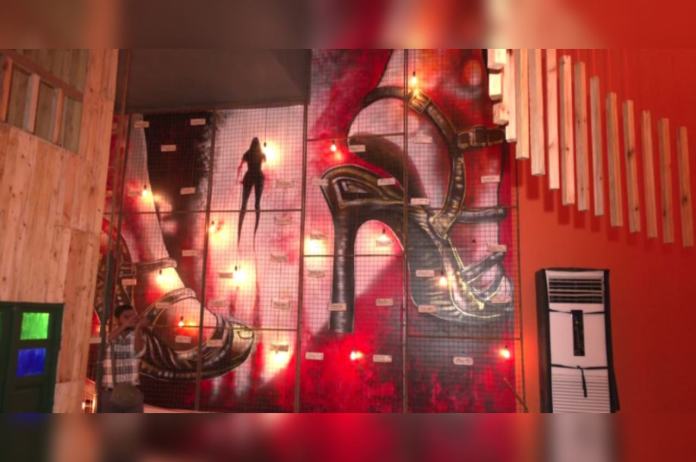 Anjan Paul, Organiser and Councillor Baranagar said, “It was challenging for me to represent the theme. A lot of people are coming to see the pandal. I hope people in lakhs will throng the place in the coming days. I have made this pandal to give a message that they should be included in society. I do not collect money. Our target is to invest Rs 30 lakh in the making of pandal, however, the exact number will be out only after the completion of the puja.”

What will happen in the upcoming nine days?

During the nine-day Navratri festival, devotees worship Maa Durga’s nine incarnations in order to obtain her blessings. There is a goddess manifestation linked with each day of Navratri. During these nine days, people maintain ritualistic fasts, recite shlokas dedicated to each goddess, wear new clothing, offer bhog, and clean their homes. In their prayers, they ask the goddess for her flavor in order to have prosperous, joyous, and fulfilled lives.

Ramlila is organized extensively during Navratri in north India, particularly in Uttar Pradesh, Uttarakhand, Haryana, Gujarat, and Madhya Pradesh. During the Ramlila, the tale of Lord Ram’s triumph over Ravana is acted out. The effigies of Ravana are burned on Dussehra to commemorate the triumph of good over evil.

On the tenth day of Navratri, also known as Vijayadashami, a large procession is organized during which clay figurines of Maa Durga are ceremoniously submerged in rivers, seas and oceans. Popular places to do this practice include West Bengal, Odisha, Assam, and Bihar. The most significant day for Maa Durga’s worship is thought to be the day of Durga Visarjan.

Various events are organized during Navratri

Numerous dances, including Garba and Dandiya Raas, are performed during the nine-day festival. While Dandiya Raas involves dancing with dandiya sticks to the beat of the music, Garba is a traditional dance in which participants clap their hands and move in a circle while making rhythmic gestures.

In India, Navratri is celebrated in a wide range of ways. Ramlila, a celebration in which scenes from the Ramayana are performed, is organized in north India, mainly in Uttar Pradesh, Uttarakhand, Bihar, and Madhya Pradesh. The burning of Ravana’s effigies marks the conclusion of the story on Vijayadashami.