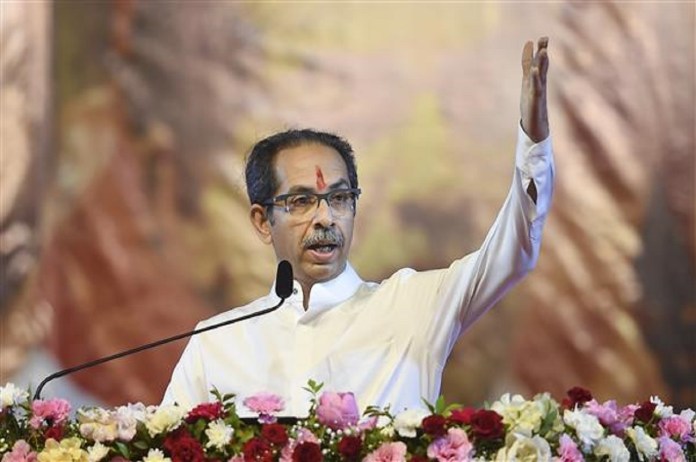 Thackeray’s remarks come amid a row after Koshyari, last week, said that Chhatrapati Shivaji Maharaj was an icon of “olden days” and instead called Dr BR Ambedkar and Union minister Nitin Gadkari ‘icons of modern times’.

“I request the Central Government to take back the Amazon parcel which they have sent in form of the Governor and send him to other places or to an old age home,” Thackeray was quoted as saying by news agency ANI.

Maharashtra | I request the Central Government to take back the Amazon parcel which they have sent in form of the Governor: Shiv Sena leader Uddhav Thackeray pic.twitter.com/2pA5038mLK

“We ask all Maharashtra lovers to protest against his statement, even welcome BJP members if they want to join,” he added.

“Chhatrapati Shivaji Maharaj is being insulted and the government is sitting silent. I do not understand who the CM is. But what will a person, who is in power with the help of Delhi, say against them,” Thackeray said, taking a dig at CM Eknath Shinde.

The governor’s statement, during an event in Aurangabad, drew flak from across party lines including Nationalist Congress Party (NCP).

Earlier on Thursday, NCP chief Sharad Pawar criticised Koshyari’s statement and said he has “crossed all the limits”.

“When I heard his comments about Shiv Chhatrapati…now he has crossed all the limits. He did praise Shivaji Maharaj yesterday, but it is a late realisation. I think the President and the Prime Minister should take a decision (about Koshyari). Such people should not be given crucial posts,” Pawar said.

The post of governor represents an institution and in order to maintain the dignity of that post, we did not comment against Koshyari earlier, the NCP supremo added.