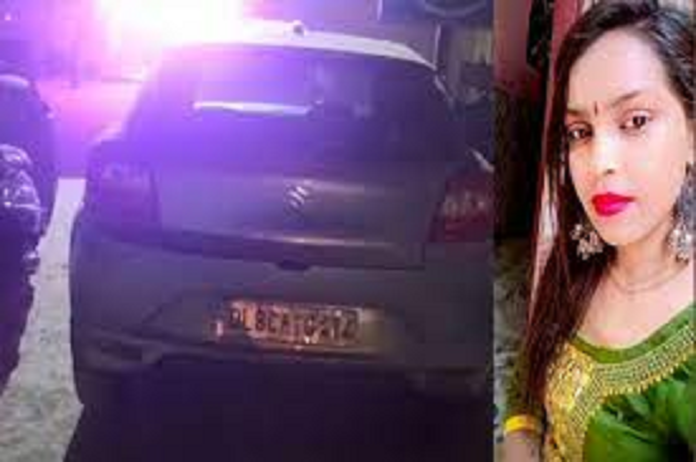 According to ANI, the Delhi Police said, “When we traced the deceased’s route, it was discovered that she wasn’t riding her scooter alone. She was with the victim when the incident occurred. She was hurt and tried to run away, but the deceased’s legs became caught in the vehicle, causing her to be dragged.

Police traced the victim’s female passenger and recorded her statement. Anjali Singh, 20, was riding a scooter with a passenger when she was hit by a car and dragged for more than 14 kilometres in Outer Delhi. The other woman sustained minor injuries, the victim’s leg got stuck in the axle of the car. After this, the accused dragged her along for nearly 14 km.

The victim was returning home early on New Year’s day when a Baleno, occupied by five men in their 20s, hit her, and dragged her from Outer Delhi to Rohini for almost an hour as the accused kept taking rounds in Kanjhawala.

According to the sources, “While tracing the route taken by the deceased and accused, we found that Anjali wasn’t alone on that night. She was with a female friend. They left work together on her Scooty. At the time of the incident, the friend also sustained injuries but she fled from the spot. She didn’t call or report this to the police.”

#WATCH | Kanjhawala death case: CCTV footage of that night shows the presence of another girl with the girl who died after being dragged for a few kilometres by a car that hit her in Sultanpuri area.

The body is seen driving the automobile on the streets in CCTV footage taken along the way. An hour after the collision, a video also captures the car making a U-turn while the body is still underneath it. Two hours following the incident, Singh’s body was discovered. One awaits the post-mortem report.

On the day of the collision, there were about five PCR calls, but the police allegedly took too long to arrive. Massive anti-police demonstrations were organised by locals outside the Sultanpuri police station on Monday.