The complainant highlighted the premeditated step in appointment of the Minister of Transport as the chairman of the committee for tendering and procurement of buses by DTC. 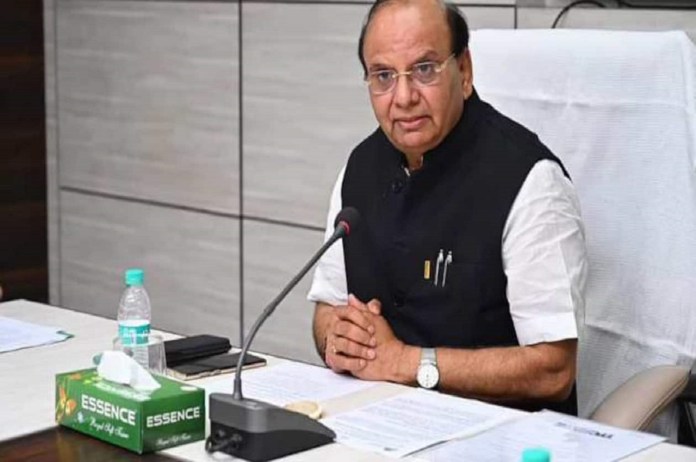 New Delhi: Delhi Lieutenant Governor VK Saxena on Sunday approved the proposal to forward a complaint to the Central Bureau of Investigation (CBI) to look into the alleged corruption in purchasing 1,000 buses by the Delhi Transport Corporation (DTC).

The complaint was registered by Naresh Kumar the Chief Secretary of Delhi Transport Corporation in June. The complaint highlighted the premeditated step in appointment of the Minister of Transport as the chairman of the committee for tendering and procurement of buses by DTC.

Irregularities in the bid of July 2019 for procurement of 1000 low floor BS-IV and BS-VI buses and a bid of March 2020 for purchase and annual maintenance contract of low floor BS-VI buses, read the complaint.

According to reports, the complaint was forwarded to the Chief Secretary to elicit comments from the concerned departments of the Government of National Capital Territory of Delhi (GNCTD).

Following the complaint last year, the tender for bus purchase was cancelled.

Discrepancies were shown in the tender process in a report sent by the Chief Secretary in August to the lieutenant Governor.

“There is gross violation of the Central Vigilance Commission’s guidelines and general financial rules,” the report said.

It also added that the DIMTS was deliberately made a consultant so that the discrepancies in the tender process could be endorsed.

On the basis of this, the Chief Secretary recommended referring the matter to the CBI, which was approved by the LG.

In response to the CBI investigation, the AAP government said: “LG is facing many serious allegations of corruption and such inquiries are made to divert attention.”

“After making frivolous complaints against three ministers (CM, Dy CM and Health Min), he has now made a complaint against the fourth minister. He should first respond to the allegations of corruption against him.”

Speaking about allegations of irregularities in the purchase of buses, AAP responded saying: “These Buses were never purchased, and tenders were cancelled. Delhi needs a more educated LG.”