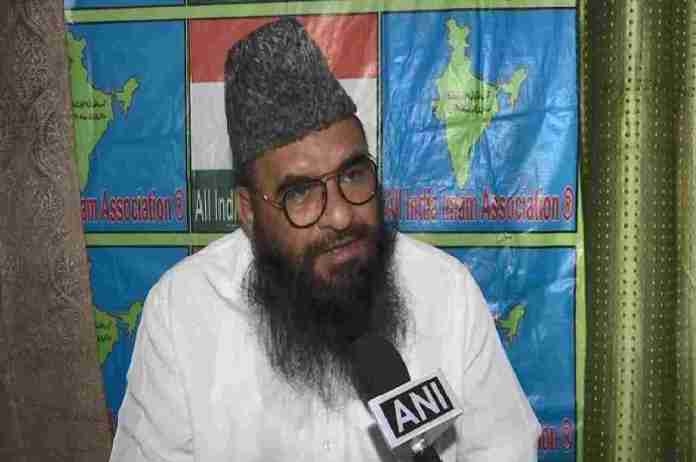 He claimed that attempts are being made to “ban” PFI. His remarks came a day after the NIA and ED conducted raids against PFI on various locations in 15 states of the country, arresting 106 of its members.

He claimed that PFI’s work for Muslims in Kerala is “commendable”.

He also hit out at All India Imam Organisation’s Umer Ahmed Ilyasi for calling Mohan Bhagwat “father of the nation” and said, “There are still people with the mindset of Godse. There is only one Rashtrapita, that is Mahatma Gandhi, the entire world knows about this.”

“I want to say to Mohan Bhagwat. On one side, you say that we have to save the Waqf property, and on the other hand, you go to an illegal property and sit with them,” Rashidi added.

Ilyasi on Thursday called RSS chief Mohan Bhagwat the ‘Father of the Nation’ after he visited a a Masjid and madrassa in Delhi today.

“Mohan Bhagwat Ji visited on my invitation today. He’s ‘Rashtra-pita’ & ‘Rashtra-Rishi’. A good message will go out from his visit. Our ways of worshipping God are different, but the biggest religion is humanity. We believe country comes first”, tweeted Ilyasi.

Earlier, after visiting a Masjid at Kasturba Gandhi Marg, RSS chief Mohan Bhagwat went to the Azad Market Madrasa Tajweedul Quran in Old Delhi, interacted with the children and also had a piece of advice for them.

Madrassa director Mahmudul Hasan, while talking to ANI said, “The RSS chief stayed inside the Madrassa for about an hour and met the teacher and the children.”

Bhagwat’s visit to the Masjid earlier and to the Madrassa has grabbed eyeballs, as it is for the first time that he has been to a Madrassa.

The RSS chief, who is engaged in a campaign to increase contact with Muslims, also met with Imam Umair Ahmed Ilyasi, head of All India Imam Sangathan, on last month. (ANI)