HomeIndiaCongress may launch 'Bharata Jodo Yatra' early due to 'BJP's attack on...

With the aim to highlight the failure of policies by the Bharatiya Janata Party (BJP), the Congress is all set to launch its "Bharat Jodo Yatra." 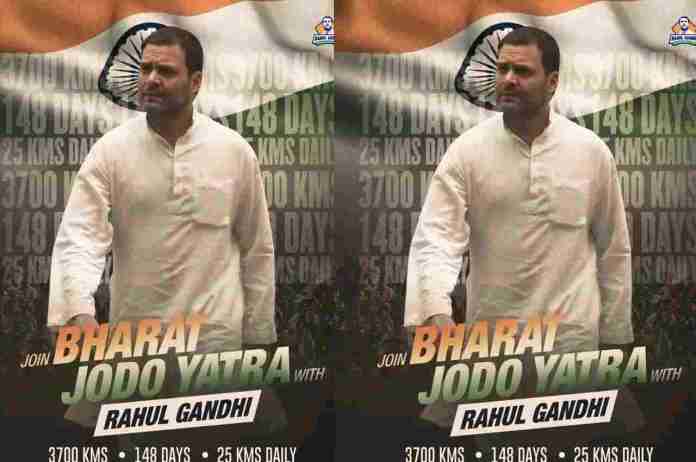 New Delhi: With the aim to highlight the failure of policies by the Bharatiya Janata Party (BJP), the Congress is all set to launch its “Bharat Jodo Yatra.” Under this campaign, party’s former chief Rahul Gandhi will go on ‘padyatra’ (journey by foot).

Gandhi will start his journey from Kanyakumari and end it in Jammu. The Congress leader will go to many cities including Mysuru, Nanded, Indore, Alwar Pathankot and other cities.

The ‘padyatra’ was earlier scheduled to take place in October but the two senior leaders of the grand old party — MP Jairam Ramesh and Rajasthan Chief Minister Ashok Gehlot — hinted on carrying out their march early.

The duo also mentioned that the decision was taken in the view of “the repeated and intensifying attacks on our democracy, our country’s Constitution … by the Modi Sarkar and the BJP”.

A huge delegation of Congress leaders including national and state level member of the grand old party will accompany Rahul Gandhi in his journey. Gandhi intends to cover 3,700 in 148 days.