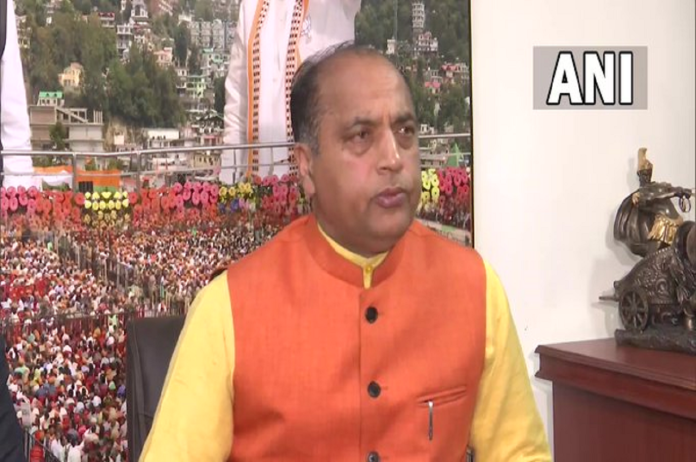 Shimla: On accepting the resignation of outgoing Chief Minister Jai Ram Thakur, Himachal Pradesh Governor Rajendra Vishwanath Arlekar asked the current administration to continue in office and simply perform its tasks until the new legislature is formed and the new government is formed.

The news comes as outgoing Chief Minister Jai Ram Thakur offered his resignation, admitting defeat in the state, with the latest polls projecting the Congress will assume administration in Himachal Pradesh. The Governor dissolved the Himachal Pradesh Legislative Assembly immediately, as suggested by the Council of Ministers.

The Raj Bhavan has issued a notification requesting that the current government remain in office.

Thakur stated that he would never stop fighting for people’s welfare and would travel to Delhi if summoned.

“I have sent the Governor my resignation. Will never stop working for people’s progress. We must conduct an investigation. There were some difficulties that shifted the results’ trajectory. If they call us, I’ll travel to Delhi “said Jairam Thakur, the outgoing Himachal Pradesh chief minister.

I will tender my resignation to the Governor in a short while from now: Outgoing Himachal Pradesh CM Jairam Thakur #HimachalElectionResults2022 pic.twitter.com/xiVpoEjYb4

The news comes as Congress is expected to win 39 of 68 seats, having already won 26 and leading on 13. The BJP has won 14 seats and currently holds a 12-seat majority. Independents have gained three seats, but the AAP has yet to register an account in the state.

The Congress, which had not proposed a Chief Ministerial candidate in the hill state, is preparing a conference of its MLAs in Chandigarh, with some of its leaders accusing the BJP of “poaching.”

Earlier in the day, outgoing Chief Minister Jai Ram Thakur thanked the Prime Minister and the central government for their assistance over the last five years.

“I respect the people’s mandate.” I’d want to thank the Prime Minister and the central leadership for their support over the last five years. Regardless of parties, we will advocate for the state’s progress. “We’ll assess our shortcomings and work to improve throughout the next term,” Thakur told reporters in Shimla. “