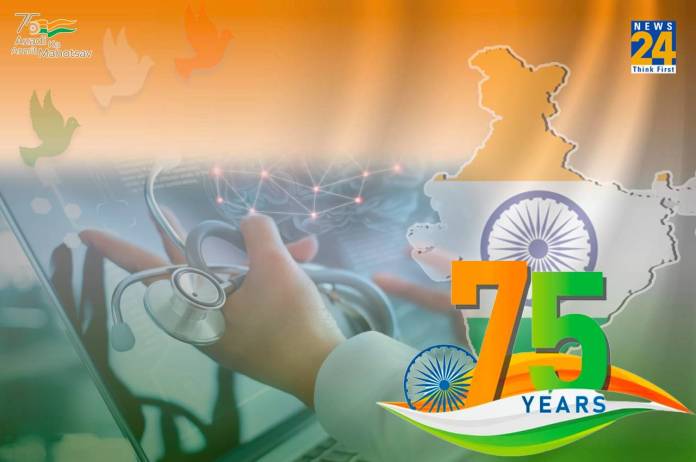 Share
Facebook
Twitter
Pinterest
WhatsApp
New Delhi: India is celebrating its 75th independence day. On this auspicious occasion, let us remember the great personalities who are not so famous, but contributed greatly to the social causes of this country. Simply put, they have made this country what it is today. A country cannot imagine prosperity without a healthy workforce. Therefore, on this independence day, we should honour our heroes who took remarkable initiatives for the betterment of society. Here are some of those individuals.
Dr Rani Bang
This incredible woman has been assisting one of the tribal villages in central India that is the least developed. She is a gynaecologist by training and has spent more than 20 years working in the most isolated locations. Together with her doctor husband Abhay, she founded the Society for Education, Acton and Research in Community Health and launched numerous other healthcare programmes around India. She has been successful in introducing modern medicine to tribal settlements and informing the locals about quality medical facilities. While many doctors look for lucrative positions in the largest hospitals in the nation, this remarkable couple is an inspiration to all of us. Bravo for their passion and hard work.
Dr Ritu Biyani
Her personal experience with breast cancer inspired her to make it her life’s work to raise awareness among India’s urban, rural, and tribal populations. She has been touring the nation to raise awareness of breast cancer. She has a record in India’s Limca Book of Records for being the first woman to drive by herself to India’s four most remote points. She is working on a project called Highways Beyond Cancer as a breast cancer survivor. To raise awareness of the disease, she arranges a variety of programmes at workplaces, schools, colleges, hospitals, and army bases.
Dr Suhaschandra Vithal Mapuskar
This remarkable individual has devoted his entire life to the field of rural sanitation. Dr. Mapuskar has been working in this field for more than 50 years, and during that period, she has put the concepts of suitable technology and community ownership into practise. He has been aggressively promoting the adoption of decentralised, affordable sanitation systems in the field. He got the villagers to use the bio-gas toilets by starting to promote them. Dr. Mapuskar’s efforts are admirable, and we hope that they will help a growing number of individuals.
Vidya Rattan Sharma
He began his work as a cook but soon discovered his passion for innovations and cookstoves. His DEEP Chulha aids customers with up to a 50% increase in fuel economy. Along with building this incredible stove that benefits the rural community as a whole, Sharma also works with the elderly in his village by leading 34 elders’ Self-Help Groups. He began his career as a cook at a nearby NGO and has since developed innovations in the fields of cooking stoves, conventional medicine, organic farming, and animal husbandry to continuously work to better the condition of the community. He is an example of how philanthropy starts at home and an inspiration to all of us.
Meera Mahadevan
She began an effort for the frequently disregarded children of construction workers. They are fed and unclothed while playing with dangerous instruments in the dirt and dust during their formative years. While a child’s childhood ought to be carefree and joyful, these kids are living lives that are very different from the usual. She made the decision to support these children and give them a happy, healthy life. Through Mobile Crèches, she has been actively working in this field and meeting the needs of thousands of children who lack access to basic requirements.
Dr Shantuben Patel
She is a lady who exudes warmth and kindness. Dr. Patel made the decision to devote her life to providing free medical care to those in need after an incident while she was working in the UK changed the way she thought. She immigrated to India, started working in Kutchh, and founded the Dhanvantri School for kids with physical and mental disabilities. This remarkable woman is assisting those who are less fortunate in receiving equal access to education and success. Dr. Patel has improved and coloured the lives of all of these kids by giving them an opportunity to grow and by assisting them in experiencing something that they ordinarily are deprived of.
Atul Bhide
He saw to it that each home in a village received its own toilet. One of India’s largest issues is sanitary conditions, which have strangely always been neglected in rural areas. Atul Bhide first built 10 toilets out of his own pocket, and then he secured funding for the project to build 200 more. Bhide, who participates in a variety of community initiatives, hopes to influence people’s perspectives and see an India where every home has a toilet.
August 7, 2022