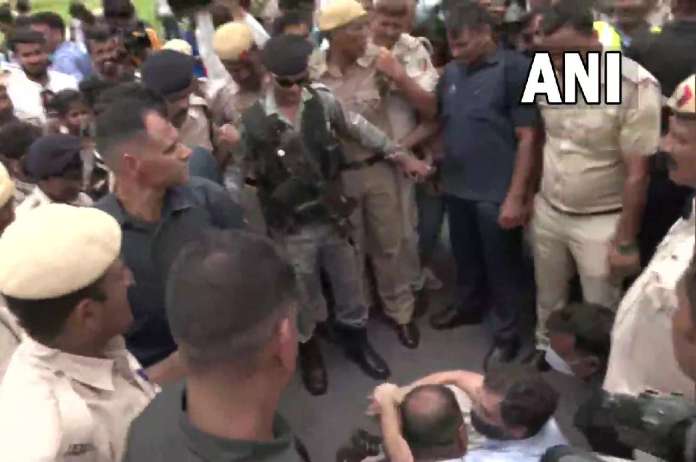 The Delhi Police initially refused the Congress party leaders’ request for permission to hold a “Satyagraha” at Raj Ghat, which led to the imposition of Section 144 on Raj Ghat as well.