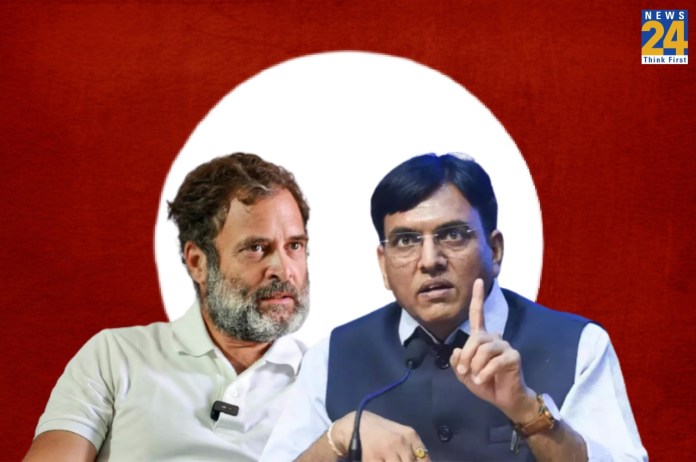 “Upset with the rising public support for Bharat Jodo Yatra, BJP’s aim is to disturb it. No COVID protocols were followed when Prime Minister did a rally in Tripura 2 days back,” wrote the Rajasthan CM.

CM Gehlot stressed that the saffron party is frightened by the “increasing support of people” for Congress’ footmarch. Owing to which, the BJP leader and the Union Health Minister has written letter to Congress.

He added, “If Union Health Minister has a valid concern and not a political aim, he should first write to PM.”

“The Bharat Jodo Yatra in Rajasthan was completed on the morning of 21st December, but the BJP and Modi government is so scared of the huge crowd gathered here that the Union Health Minister is writing a letter on 20th December to Mr. Rahul Gandhi to follow the Covid protocol in Rajasthan,” he tweeted.

Other Congress Leader Step In

Congress MP Adhir Ranjana Chowdhary siad, “I want to ask BJP did PM Modi follow Covid protocols during Gujarat Polls? I think Mansukh Mandaviya is not liking Rahul Gandhi’s Bharat Jodo Yatra but people are liking it and joining it. Mandaviya has been deputed to divert public’s attention.”

In similar tone, Congress’ Pawan Khera said “The health minister’s letter cites another letter written by a BJP MP of Rajasthan. We understand that there is a huge response to Bharat Jodo Yatra and there is a lot of crowds. But are there any Covid rules? Today you go to any airport and nobody will ask you to wear a mask.”

“Why has the government of India not introduced stringent measures in public transport applicable to each one of us. Why just Rahul Gandhi, Congress and the Bharat Jodo Yatra. Have they postponed Parliament? If physical Parliament, Jan Aakrosh Yatra can take place and wearing of a mask is not mandatory in air travel, why are you picking up on Rahul Gandhi?” he asked.

Delhi | If the govt brings that protocol, then we'll follow it. Parliament is underway, but we can't see any Covid-related protocols: Congress leader Bhupinder Hooda on Union Health minister's letter to Congress on Covid protocols in Bharat Jodo Yatra pic.twitter.com/fvKYUN7KMv

I haven't seen the letter but what are the COVID protocols today? We don't seem to be having any enforceable COVID protocols in any other public gatherings. Why this sudden attention to Bharat Jodo Yatra if not that it is rankling the BJP?: Congress MP Karti Chidambaram https://t.co/uRlryoyV65 pic.twitter.com/bZxe95WSvN

“I don’t want to comment on Rahul Gandhi, he is an indisciplined and unpredictable type of leader who speaks anything and uses any words, which isn’t good for him,” said the minister.

In a letter to the Rajasthan CM and Rahul Gandhi, Mandaviya clearly stated that only those who are vaccinated should participate in the rally.

Letter reads that COVID guidelines be strictly followed during Bharat Jodo Yatra & use of masks-sanitiser be implemented; mentions that only vaccinated people participate pic.twitter.com/cRIyZz0DLY