Bihar: 8, including 7 children, killed after truck rams into religious procession 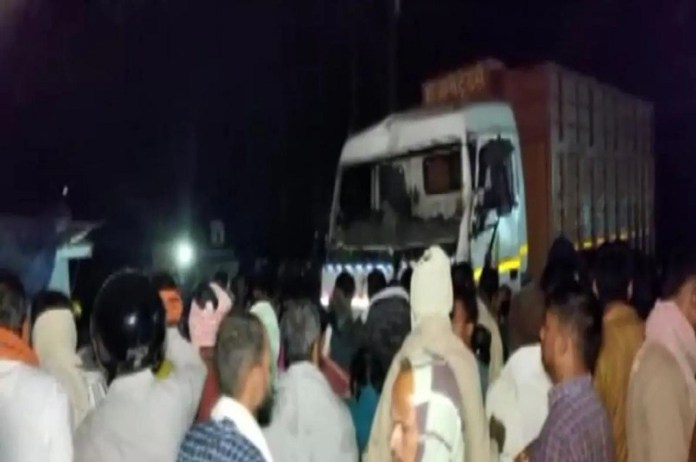 Patna: Eight persons, including seven children, were killed and seven others were seriously injured after a speeding truck lost control and rammed into a religious procession on a National highway at Nayagoan in Bihar’s Vaishali district on Sunday night.

Vaishali Superintendent of Police (SP) Manish Kumar said, “A total of eight people, including seven children, were killed in the accident, while seven other critically injured people are undergoing treatment at Nalanda Medical College and Hospital (NMCH) and PMCH,” as reported by news agency PTI.

“The driver was rescued from the mangled vehicle and arrested for negligent and rash driving. He is undergoing treatment in PMCH and his condition is stable,” he said.

The accident happened when the dead and injured were in a procession that was taken out as part of a custom associated with marriage. It took place in Desri area, around 30 km from state capital Patna, around 9 pm.

Condolences poured in over the accident

The news of several casualties including children in a road accident in Vaishali, Bihar is extremely painful. I express my deepest condolences to the families who lost their loved ones in this accident and wish speedy recovery to the injured, President Murmu tweeted in Hindi.

The accident in Vaishali, Bihar is saddening. Condolences to the bereaved families. May the injured recover soon. An ex-gratia of Rs. 2 lakh from PMNRF would be given to the next of kin of each deceased. The injured would be given Rs. 50,000: PM @narendramodi

Bihar Chief Minister Nitish Kumar expressed grief about the accident and announced a compensation of Rs 5 lakh for the families of those killed in the mishap.