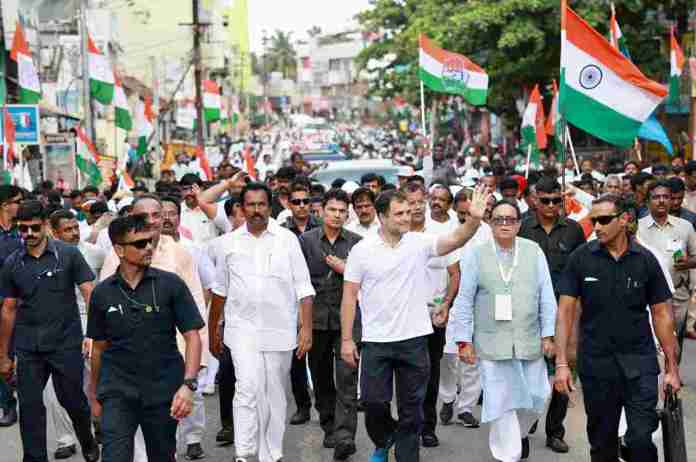 Before starting off, Rahul Gandhi hoisted the national flag at the Scott Christian College.

The Congress MP also interacted with the farmers who had staged a demonstration at Delhi’s Jantar Mantar.

During the protest in Delhi, the demonstrators had displayed human skulls to symbolise the death of those farmers who died by suicide as they could not get proper financial backing from government.

Day 3 of #BharatJodoYatra begins in Nagercoil, Tamil Nadu. Locals gather in large number to lend their support to Shri @RahulGandhi & all the Padyatris. pic.twitter.com/LkV5xNN723

Also Read: Minor seeks permission for donating liver to father, UP govt gets notice by SC

Further in the day, Gandhi is scheduled to address press around 1 PM.

The Bharat Jodo Yatra was started from Kanyakumari in Tamil Nadu on Wednesday (September 7). The ‘padyatra’ will end in Kashmir after crossing several states.

The rally aims to revive the electoral fortunes of the ‘grand old party’.