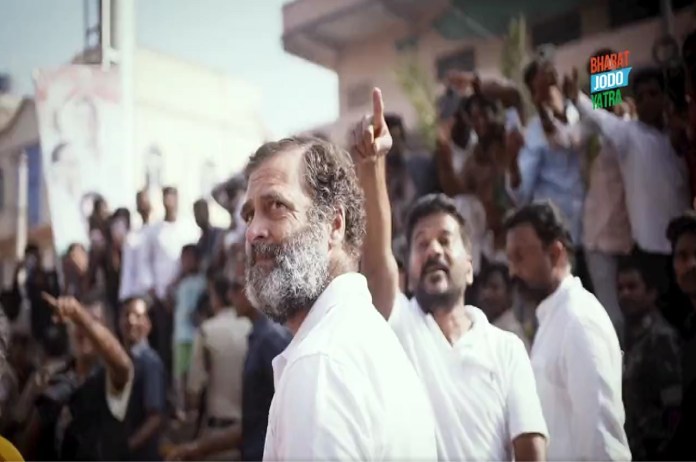 New Delhi: The Congress has given a one-day pause to “Bharat Jodo Yatra” led by the party’s former chief Rahul Gandhi on Friday. The rally will resume on November 4 from Medak in Telangana.

Today we pause, tomorrow we push ourselves harder.

The #BharatJodoYatra will be back after a short break. pic.twitter.com/mtZkQhFkDg

The ‘Yatra’ will cover 19 assembly districts and 7 parliamentary districts during his 16-day journey where it will cover 375 kilometres.

In the highlight of yesterday’s visit, Rahul Gandhi whipped himself after donning in the character of Potharaju symbolically who is a character in annual Bonalu processions taken out in in the state.

Gandhi, during a public address, assured Congress support to the employees of private sector and said, “I want to tell every employee of the public sector that you do not have to fear. Congress is standing with you, will fight but will not allow privatization of PSUs”

On Thursday, Gandhi met several students of Osmania University who complained that their concerns of forming a Tribal College have been ignored only. They also raised objection against New Education Policy (NEP) 2020, it was introduced in the year 2020 by Narendra Modi cabinet.