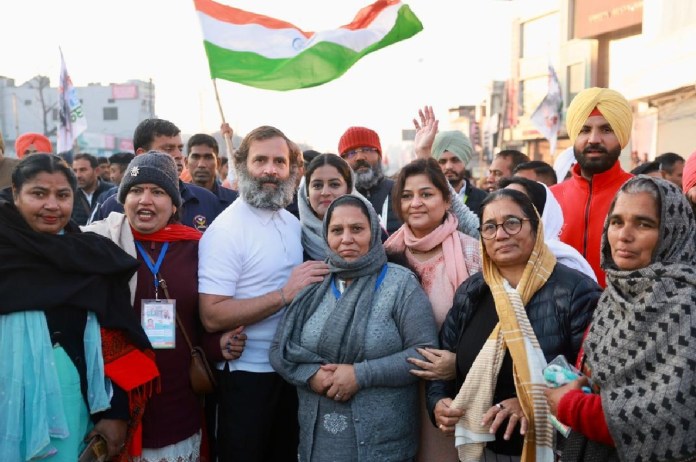 An incident took place during the roadshow near the village of Bassi where two youth came running to meet Rahul Gandhi and hugging him. However, the security guards immediately pulled them back.

Talking about the incident, Warring said that Rahul Gandhi had himseld invited the two to meet him.