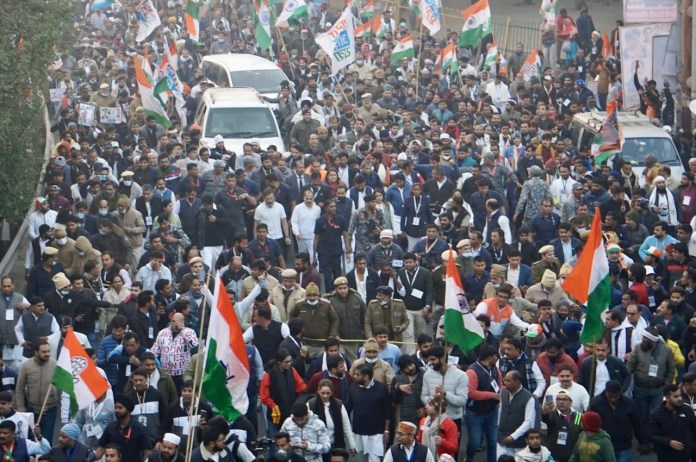 New Delhi: The Bharat Jodo Yatra on Sunday started from Karnal district and headed towards Kurukshetra. Congress leader Rahul Gandhi will meet locals during the journey to interact with them.

The Yatra returned to Haryana on Thursday after finishing its leg in Uttar Pradesh.