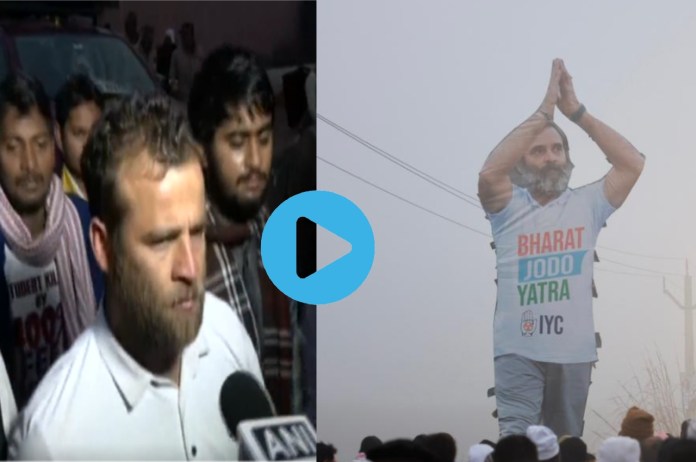 Talking to media persons, Faisal said that many people ask for picture with him owing to his appreance that resembles to Rahul Gandhi. Faisal joined the Congress footmarch for both the days as it is travelling through Uttar Pradesh.

Faisal joined the roadshow wearing the same white T-shirt like Rahul Gandhi and having beards, resembling like the Congress MP.

The ‘Bharat Jodo Yatra’ started from Elam village in Shamli in the state this morning which will end in the Sanauli Khurd in Panipat of Haryana, ending the UP leg. Then the fotmarch will enter Punjab.

The footmarch resumed on Tuesday from Kashmiri Gate in Delhi after a nine-days long break. The yatra will enter Uttar Pradesh today.