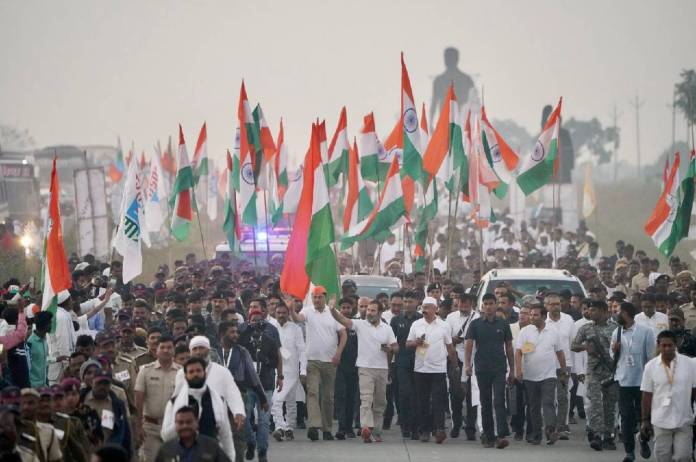 New Delhi: The ‘Bharat Jodo Yatra’ reached Madhya Pradesh on November 20 while, the ‘padyatra’ started on November 23 after taking two days of rest. On Monday, the foot march started from Indore district on its 6th day in the state.

So far, the yatra passed through the suburban area of Rau and reached Indore. A red carpet was rolled out to welcome when the march reached Rau, as reported by news agency PTI.

A day earlier, Gandhi during the yatra also drew a motorcycle. In a video that has gone viral, Rahul can be seen riding a bike with a helmet strapped to his head while security personnel cleared the path.

Indore Commissioner of Police HC Mishra said 1,400 personnel have been deployed in the city to provide security to the yatra and barricades have been put up at various places.