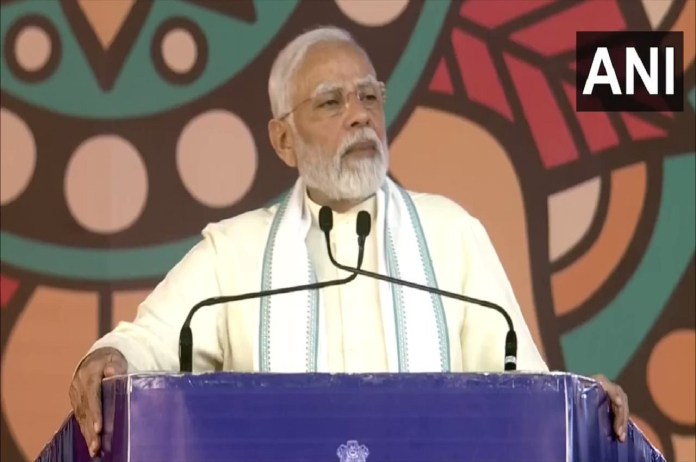 Betul road accident: Prime Minister Narendra Modi on Friday expressed his deep condolences for the 11 fatalities from the road accident in Betul, Madhya Pradesh, and announced an ex-gratia for the injured as well as the next of kin of each deceased person.

PM Modi offered an ex-gratia of Rs 2 lakh for the surviving family members of the deceased and Rs 50,000 for the injured, according to the Prime Minister’s Office. “terribly saddened by the deaths brought on by an accident in Betul, MP. Condolences to the families of the deceased. May those who were hurt quickly heal. The next of kin of each deceased person would receive an ex-gratia payment from PMNRF of Rs. 2 lakh. The injured will receive Rs. 50,000, according to PM @narendramodi “PMO tweeted.

According to Betul SP Simala Prasad, the accident happened about two in the morning. The SUV, which was travelling from the Amravati district, struck the empty bus head-on as it was travelling down the road.

The Tavera crashed into the bus, killing all 11 passengers inside, including the driver. “All the deceased were labourers who had been working at Kalamta village in Amaravati district for the last 20 days. They left from Amaravati at around 9 p.m. on Thursday and met with an accident here,” She continued.

In the hospital, the injured person is receiving medical care. The problem is being looked into further.