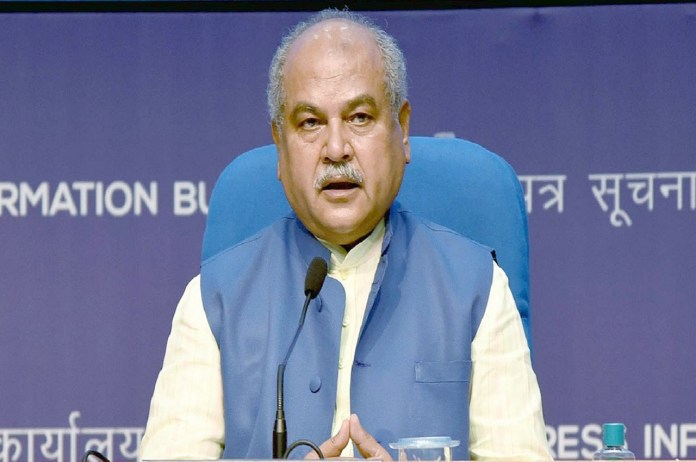 In a meeting with the co-chairperson of Bill & Melinda Gates Foundation, Melinda French Gates, the minister said that the government has full focus on promoting women farmers in the country.

The minister said that the number of small farmers is more in the country, the government believes that if their strength increases, then the agriculture sector will improve and production will also increase.

The minister added that with the aim to further increase investment in agriculture, the government has allocated a special package of over Rs 1.5 lakh crore for agriculture and allied sectors under the ‘Atmanirbhar Bharat Abhiyan’. “Work on these provisions has started, including the Rs. 1 lakh crore Agriculture Infrastructure Fund. Once these are implemented, the Indian agriculture sector will be rejuvenated.”

He added that the ‘Krishi Nivesh Portal’ (Agriculture Investment Portal) will prove to be a milestone in terms of investment in the agriculture sector. “It will be a centralized one stop portal for agri-investors to avail benefits of various government schemes implemented by various departments related to agriculture and allied sectors. This portal would prove to be handy for the investors, they would get a lot of help from it.”

Appreciating the work being done by the Gates Foundation in various fields in India, Tomar hoped that working in the agriculture sector in India by the Foundation would prove to be a good experience.

During the meeting, Melinda Gates expressed happiness over India getting the presidency of G-20 and expressed her desire to always work together.