Dalit child dies after being thrashed by teacher for touching water 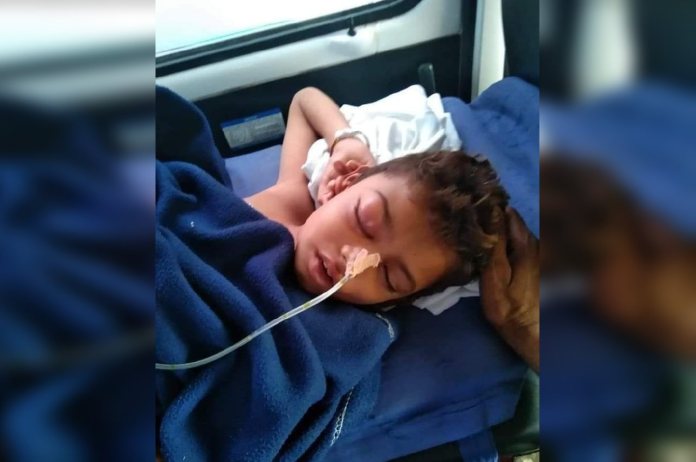 New Delhi: A heart-wrenching incident has come to light from Jalore, Rajasthan. Here a teacher beat up a child so badly that he died. As per the information, here a class 3rd student Indra Meghwal was severely thrashed by her teacher Chhail Singh.

The teacher beat the student for touching a earthen pot of water. The student was admitted to a hospital in Ahmadabad where he succumbed to his injuries on August 13.

The statement of Jalore police has also come out in this matter. Jalore police tweeted and said, in connection with the said incident, the investigation is being done by the CO Jalore after registering the case in the Sayla police station. Taking the matter seriously, the District Superintendent of Police Jalore and CO Jalore reached the spot started investigating. The accused was handcuffed and taken.

Chandra Shekhar Azad took to Twitter and wrote, “The country is celebrating the nectar festival of independence. On the other hand, on touching the pot of water, he was beaten so much that he lost his life.”

He further wrote, “Even after 75 years of independence, a 9-year-old Dalit child had to be a victim of casteism in Jalore. We do not even have the freedom to touch the water pot! Then why are you beating the false slogan of freedom?”

Was taken to many hospital but died

As per the family of the deceased child, Indra Kumar was thirsty. He accidentally drank water from ‘another’ pot. Seeing this the teacher Chhail Singh called him casteist words and beat him severely.

This caused an internal injury to his right ear. Due to severe ear pain, Indra went to his father’s shop and took medicine from the medical and went home. However, as the pain of the kid became unbearable he was taken to various hospitals. They took the kid to Bajrang Hospital Bagoda, Aastha Hospital Bhinmal, Triveni Hospital Bhinmal, Karni Hospital Deesa Mehsana, Geetanjali Udaipur and Civil Hospital Ahmedabad. The kid has lost his life today. His guardians also informed that they were out looking for treatment and hence he reported the entire incident with a delay.