Two more lives were claimed allegedly due to clean manhole manually in an apartment in Delhi's Mundka. 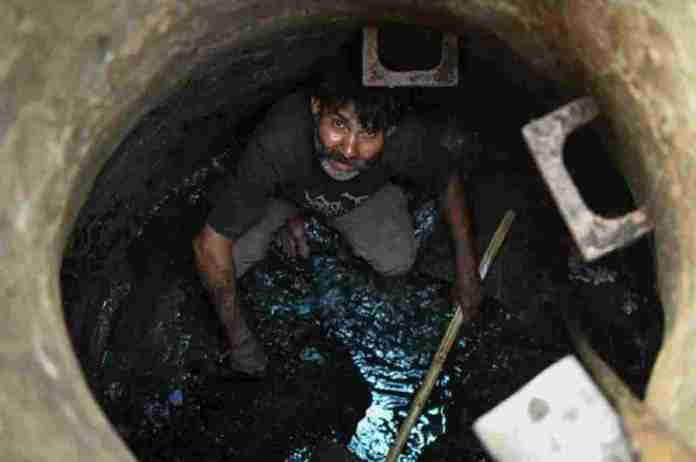 New Delhi: Two more lives were claimed allegedly due to clean manhole manually in an apartment in Delhi’s Mundka. Meanwhile, the bodies of the victims have been sent for the post mortem.

On Friday evening, the residents of a society complained of blocked sewage. Following which, Rohit, the cleaner, stepped into in the manhole to clean it but fainted.

Ashok Kumar, who was security guard of society immediately went into the manhole to rescue Rohit. But he also fainted due to the poisonous gas inside.

The two were rushed to nearby hospital where they were declared dead.

Meanwhile, the family of Rohit raised questions on the society asking why did Rohit was asked to clean the sewage.

Media reports claim that Rohit used to work as a cleaner who was not responsible for cleaning the sewage.

It should be noted that neither the society provided any security equipment from the society to protect themselves from harmful gasses.

Despite being declared illegal by law, the practice of manual scavenging is still prevalent in the nation leading to deaths of many sanitation workers due to the lack of safety equipment.

Keeping the scenario in mind, an imitative — #Action2022 campaign was launched in several parts of India to urge government for taking necessary steps in order to prevent such deaths.