HomeEntertainmentWho is Nupur Shikhare? Here's everything you need to know about Aamir...

Who is Nupur Shikhare? Here’s everything you need to know about Aamir Khan’s son-in-law 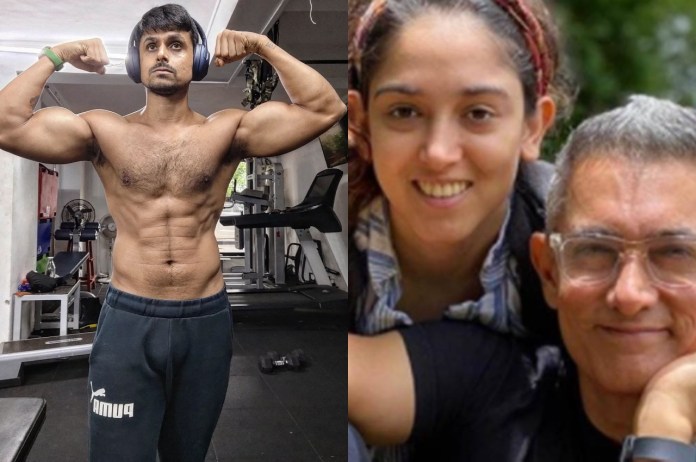 New Delhi: Ira Khan, daughter of Aamir Khan, posted a picture on Instagram with a funny statement announcing her engagement to boyfriend Nupur Shikhare. She received praise from her classmates, friends, coworkers, and even fans. The quirky proposal has grabbed eyeballs and rightfully so. Here, take a look at the video before we fill you in with more information.

Who is Nupur Shikhare?

Nupur is a celebrity fitness trainer by profession. Ira Khan and Nupur Shikhare started dating during the lockdown when the Starkid decided to work on her fitness. Nupur trained her for the same. According to reports, the two started dating in 2020. Since then, they have been high on PDA, posting romantic pics and videos often on their respective social media handles. In addition to being a fitness instructor, Nupur enjoys dancing.

Along with Ira, Nupur reportedly worked with Bollywood actor Aamir Khan and her father, who is also a prominent fitness trainer. Additionally, Nupur has trained Sushmita Sen for more than ten years. He has also been training Sanya Malhotra and other actresses.

Ira Khan, the daughter of Aamir Khan, announced her engagement to Nupur Shikhare on social media on Friday. They revealed a clip from Nupur’s latest competition, Ironman Italy. Ira posted the video in which Nupur proposed to him on one knee and Ira immediately accepted. Ira shared the video with the caption, “Popeye: She said yes 🥰❤️ Ira: Hehe☺️🤭😋 I said yes.” Nupur shared a couple of photos on his Instagram story. He captioned one, “She said yes,” and with another photo, he wrote, “Ironman had a special spot jahan humara roka hua, get it? (Ironman had a special spot where we got engaged, get it?”

Well, here’s wishing Ira and Nupur a happily ever after!