Ranbir Kapoor and Alia Bhatt recently spotted at the Mumbai airport. It looks like once again they are leaving for their babynoon. 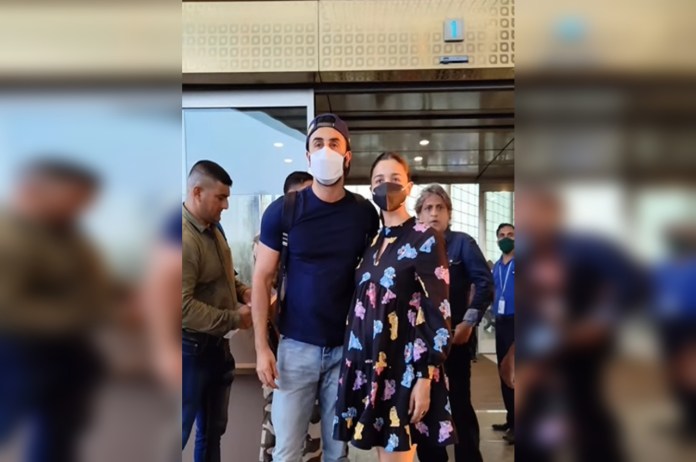 New Delhi: Ranbir Kapoor and Alia Bhatt always stay in the headlines for their upcoming film ‘Brahmastra’. Both are often seen together, which makes fans very excited. At the same time, once again both were spotted, whose video is becoming increasingly viral on social media.

Ranbir-Alia recently was spotted at the airport. In the clip, Ranbir is seen in a casual look, while Alia looked cute in a short blue frock dress. The video is posted by the paparazzi account Viral Bhayani, which has gotten more than 52 thousand likes so far and this figure is increasing continuously. After watching this video, fans are giving different reactions and shower their love on both of them.

Talking about the comment section, one user commented, ‘Sweet couple’, while another user wrote, ‘Best couple’. There are thousands of fans who are expressing happiness after seeing the videos of both. Not only this, but many users also expressed love for both of them by dropping heart emojis. Recently both were also seen outside the studio where Ranbir also took a selfie with the fans.

The couple will soon be seen sharing the screen for the first time. Recently, Ranbir went to Chennai where he promoted the film with South’s big director SS Rajamouli and actor Nagarjuna and also tasted the special plate there. Alia and Ranbir will be seen together for the first time in ‘Brahmastra’ which will be released in multiple languages ​​on September 9, 2022.