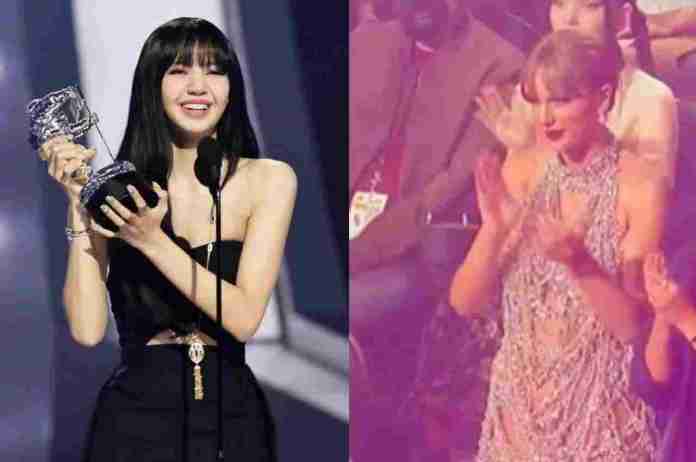 New Delhi: Numerous well-known musicians, including the K-Pop group BLACKPINK, attended the MTV Video Music Awards 2022. What’s even more thrilling is that Lisa, a member of the girl group, won the Best K-Pop Award, defeating artists like BTS, Seventeen, and others. As the first K-pop soloist to win a VMA, Lisa made history.

It was a joy to see Taylor Swift cheering for Lisa as she went up to the stage to accept the top prize in addition to her bandmates. Internet users have been giddy over a clip from the ceremony in which Swift is seen standing up to applaud Lisa’s victory and encouraging other people to do the same.

Taylor Swift encouraging the crowd to stand up for LISA from BLACKPINK as she wins “Best K-Pop” at the #VMAs 💗pic.twitter.com/edlJoHBJY8

Jisoo, Jennie, Rosé, and Lisa of BLACKPINK were seen wearing black clothing as they made their red carpet entrance. Swift herself received significant awards from the ceremony, including Best Longform Video and Video of the Year for her song All Too Well. For her short film All Too Well, which served as the music video for her 10-minute song, Taylor also won the Best Direction Award.