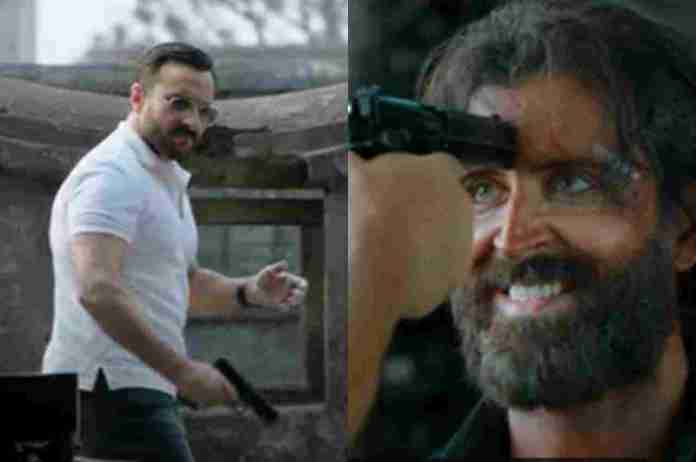 Also Read :- Shahid Kapoor made Kiara wait for 8 hrs on the sets of Kabir Singh, Know why

The teaser begins with Saif Ali Khan’s Vikram questioning Hrithik Roshan’s Vedha, who starts telling him a story. Hrithik says at the end of the film in Hindi, “it’s very easy to choose between good and bad, but here, both sides are bad.” Watch the teaser below:

Radhika Apte, Rohit Saraf, Yogita Bihani, and Sharib Hashmi also appear in the film. Vikram Vedha is the Hindi remake of Pushkar-2017 Gayatri’s Tamil film of the same name. R Madhavan and Vijay Sethupathi played the lead roles in the original. It will be released in Hindi theatres on September 30.

Earlier, it was reported that Hrithik had refused to film the film in Uttar Pradesh. The budget of the film was also said to have doubled because the production team had to recreate the lanes of UP in Dubai because the actor refused to shoot in UP. Reliance Entertainment slammed the report as’misleading,’ claiming that the film was shot extensively in India, including Lucknow. The banner also stated that due to health concerns of a large-scale production team in the aftermath of the coronavirus pandemic, they decided to shoot a portion of the film in the UAE.

Gulshan Kumar, T-Series Films, and Reliance Entertainment are presenting Vikram Vedha in association with Friday Filmworks and YNOT Studios. Pushkar and Gayatri have directed the film, which has been produced by S. Sashikanth and Bhushan Kumar.