Vijay posted screenshots of his DMs, where he received a bulk of marriage proposals.

New Delhi: It’s a win-win situation for actor Vijay Varma. On one side he is basking in the success of Darlings, on the other, he is receiving a huge number of marriage proposals. Well, what is interesting is that the proposals are coming not only from India but across countries.

Taking to his Instagram stories, Vijay posted screenshots of his DMs, where he received a bulk of marriage proposals. That’s not all. the actor’s epic replies are the highlights of the show. 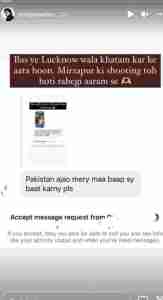 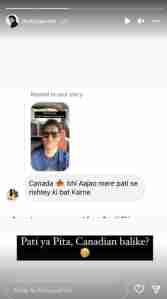 Actually, all these happened following a boomerang the actor posted after landing in Lucknow to shoot for Mirzapur 3.

Meanwhile, on the work front, Vijay Varma will next be seen in the web series Mirzapur 3. He will also be seen in the Indian web series Dahaad with Sonakshi Sinha, and The Devotion of Suspect X along with Kareena Kapoor Khan and Jaideep Ahlawat.