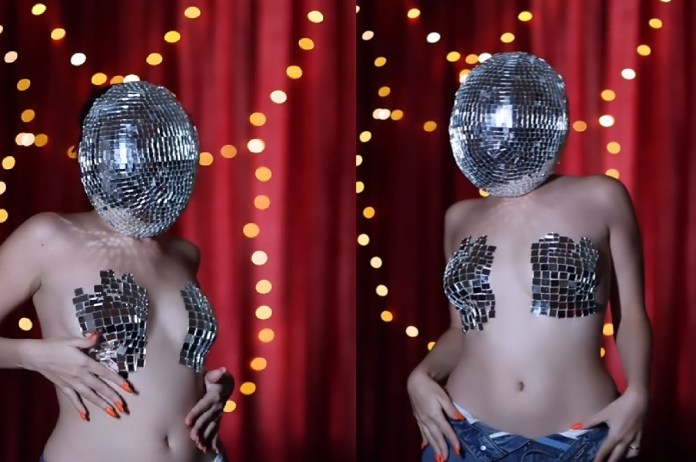 Viral Video: Social media sensation Urfi Javed is not interested in any identity today. Urfi has achieved a special place in the digital world. The actress has a huge fan following on social media. Urfi often shares her photos and videos with fans. This time, the actress has shared a video, which the users are surprised to see.

Outfit made up of disco ball

The actress is seen in a strange dress in her latest video. Talking about the look of Urfi Javed, she has seen nude with disco sheets on her upper body. She also covered her face with disco ball. Sharing the pictures, she captioned it with, “Dard e disco !! Isme kya make up hair credits du.”

She is often trolled for her unique clothes. This time also comments were made. One user said, ‘Bakwas’. One user said, “Disco lag ri ho chamak ri ho bijli ki tarah.’’ Even one fan compared her with Raj Kundar, and wrote, “Oye… Raj Kundra.”

One fan praised her look and wrote, “This one is epic @urf7i” and many have dropped heart and fire emojis on the comment section.