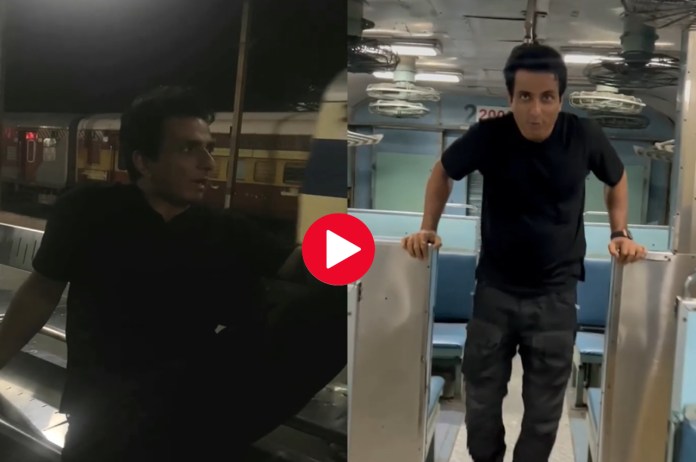 Video: Bollywood megastar Sonu Sood does not need any identity, and ruling the hearts of millions of people. Sonu’s fan following is tremendous, and now once again he has done something like this, after which he is being discussed everywhere. A video of Sonu Sood is getting viral on social media, seeing that many are not tired of praising him.

Sonu Sood travelled on the train

Sonu Sood has shared a video on his Instagram account, in which he is living a life of a common man. In this video, he is drinking station water and sleeping on the platform bench. Take selfies with fans and talk to them. In this, he is telling people, ‘It is 10 o’clock in the night, shooting packed up, the life that is here is not from anywhere. So let’s take the train journey’ (In Hindi).

While sharing the video, he wrote, “I was trained to travel in a train.”

Sonu Sood speaks about a water line in this video, listening to which the fans are reacting fiercely. The actor is drinking water from the station tap and saying, ‘Yeh jo paani hai na, no Bisleri bottle in the world can compete with mineral water. Super healthy.’ Fans have made millions of likes on this video.

Talking about the comment section on the video, a user wrote, ‘How many times will you win the heart’. At the same time, another user wrote, ‘Star connected to the ground’. There are thousands of fans who are showering love on him. For the unversed, Sonu Sood came as a messiah during the Corona period and helped people a lot, after which he got the tag of ‘Real Hero’, and today his name is resonating far and wide.