Video: Rashmika Mandanna looks stylish in this cool outfit; touches stage before getting on it 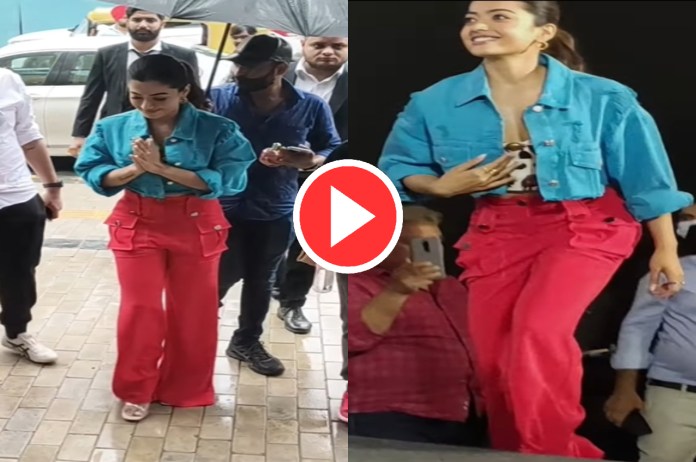 New Delhi: South Indian actress Rashmika Mandanna gained lots of appreciation from her fans while attending the press conference of her movie ‘Goodbye’ and also launched a song in Delhi.

Taking to Instagram, a paparazzi account name ‘ViralBhayani’ shared a video in which she can be seen greeting her fans and other paparazzi by joining her hands to greet them after reaching the venue. In the clip, she was seen bowing and touching the stage before stepping on it. For the promotion event, she opted for a black and white crop top, under a blue denim jacket, paired with pink pants.

Reacting to the video, a fan said, “What great culture and sanskar (teachings)… She was touching the stage before stepping ahead…” Another comment read, “Dressing sense.” A person also commented, “Sweet smile,” with heart emojis.

Rashmika is currently promoting her upcoming film ‘Goodbye.’ The second song of the film ‘The Hic Song’ has been released. The song is composed by Amit Trivedi and sung by Sharvi Yadav.

Sharing the song on Instagram, Rashmika wrote, “I haven’t stopped grooving to it ever since I heard it for the very first time. I hope you all love it as much as I do. The Hic Song. Goodbye on October 7.”