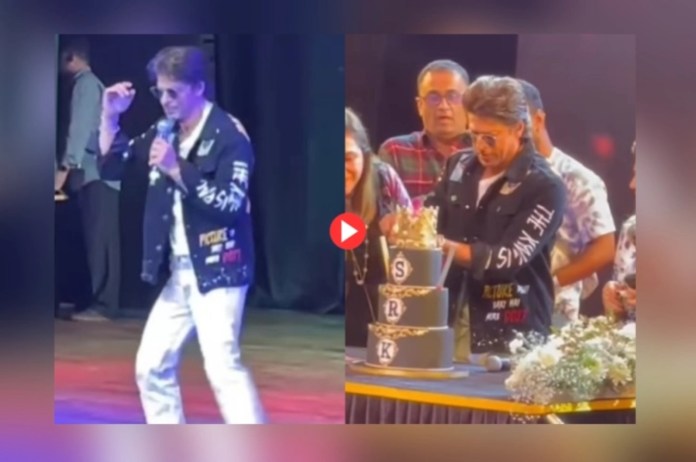 New Delhi: Shah Rukh Khan celebrated his 57th birthday on November 2. On this special day, along with the fans, many Bollywood stars also wished him a happy birthday. A crowd of fans was also seen outside his house ‘Mannat’. At the same time, many videos of Shah Rukh Khan are going viral on social media, but now a special video has surfaced in which he is seen dancing fiercely at his birthday party.

Viral Bhayani has shared the video of Shahrukh Khan’s birthday party on his Instagram account. In this video, he is seen cutting the cake with his fans. On the cake, SRK is written. At the same time, as soon as the actors cut the cake, the fans start hooting. The King’s crown is made on his birthday cake.

Another video of Shah Rukh Khan’s birthday party has surfaced in which he is dancing fiercely on the stage after the cake-cutting ceremony, and the fans are looking very excited to see him. This video of his is becoming increasingly viral on social media, which fans are watching again and again and wishing him a birthday as well as sharing his video.

Shah Rukh Khan will soon be seen in the film ‘Pathaan’. The teaser of this film was released by the actor on his birthday which is a big return gift to his fans. The teaser of the film created panic as soon as it came on social media, after which the fans started saying, ‘King is back’.

Along with him, Deepika Padukone and John Abraham will also be seen in lead roles, and the film will be released on 23 January 2023.