Ira Khan, daughter of Bollywood star Aamir Khan got engaged with her long-time boyfriend Nupur Shikhare. She share the video on social media. 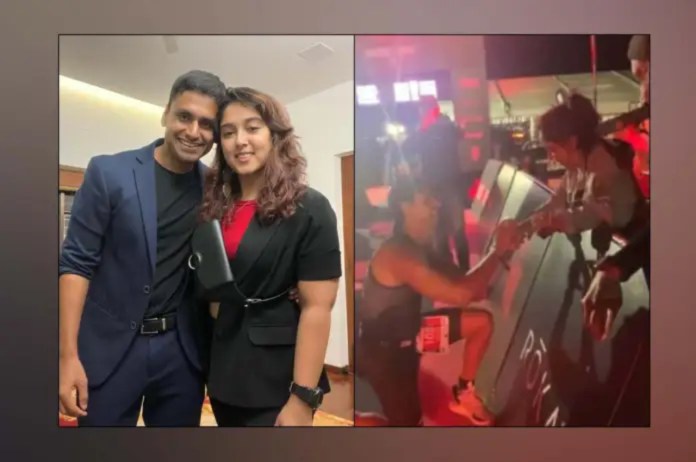 New Delhi: Ira Khan, daughter of Bollywood star Aamir Khan, is often in limelight for one reason or the other. Ira remains very active on social media. The star kid often shares her photos and videos with fans. Recently, she shared such a video, seeing which his fans are shocked.

Aamir Khan’s daughter has got engaged to her long-time boyfriend Nupur Shikhare. Ira herself has announced her engagement by sharing the video. In the video, Nupur is seen proposing on her knees. This video of Ira and Nupur is going viral on social media. Ira is dating Nupur since the year 2020. Nupur is a fitness trainer. The pair of both is very much liked by the fans. While sharing the video, Ira wrote, “Popeye: She said yes. Ira: Hehe I said yes.”

In the video, Nupur has proposed Ira in a show. He is seen walking toward his girlfriend Ira and then sitting on her knees, then popping the question. Ira said yes, and then Nupur put the ring on Ira’s finger.

Significantly, without stepping into Bollywood, Ira Khan has become a social media star. The star kid is associated with fans on social media. Along with the fans, many celebs are also showering love on this special video of Ira Khan. In this post of Ira, actress Fatima Sana Shaikh wrote, “This is the sweetest thing I have ever seen. Uff. @nupur_shikhare so filmy uff.” At the same time, Sara Tendulkar, daughter of Sachin Tendulkar, wrote, “OMG Mubarak.”