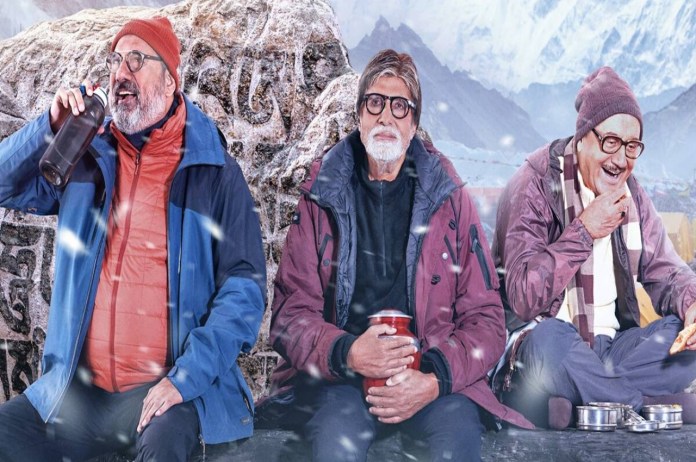 New Delhi: Amitabh Bachchan’s film ‘Uunchai’ has been released on November 11. The film is doing wonders at the box office from the first day of its release. However, knocking out big films like ‘Drishyam 2’ in theatres, has taken a toll on its earnings.

Looking at the box office figures, there has been a jump in the film’s earnings once again. According to trade analyst Taran Adarsh, ‘Unchai’ has done a business of Rs 2.42 crore on Saturday, the 9th day of its release. At the same time, the film had earned Rs 1.25 crore a day earlier i.e. on the 8th day.

Talking about the total earnings, the film has so far done a business of Rs 20.75 crore in India. The release of ‘Drishyam 2’ in theaters has had a huge impact on its earnings. However, it still remains at the box office.

Unchai stars Anupam Kher, Boman Irani and Danny Denzongpa in lead roles along with Big B. Apart from these, Parineeti Chopra, Sarika, Nafisa Ali Sodhi and Neena Gupta are also in important roles.

The story of the film Uunchai revolves around four friends and shows how difficult it is for men above the age of 65 to do this challenging track. At the same time, Parineeti Chopra guides friends and explains to them how difficult it is to climb the height at this age. Unchai also stars Neena Gupta and Sarika. The film is produced by Sooraj Barjatya. And now it has to be seen how much more ‘height’ this film grows and how much business it does at the box office.