Urvashi Rautela replies to allegations of stalking Rishabh Pant, says ‘No one cares about me’ 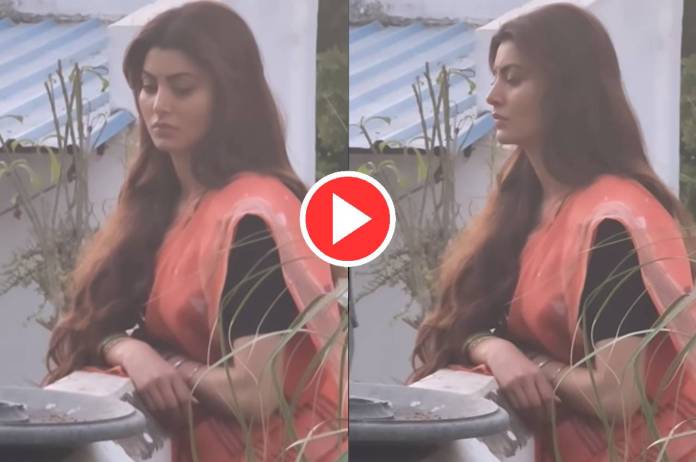 New Delhi: Urvashi Rautela is currently in Australia, she landed there a week before the T20 World Cup and since then she has been criticised by netizens for following the cricketer Rishabh Pant to Australia and sharing a post about love, marriage and commitment. Earlier, the actress posted a photo, in which she donned a sindoor and mangalsutra (worn by married Hindu women).

On Thursday, Urvashi shared an Instagram reel, in which she opted for a saree and looked lost, it is assumed that the clip is from a recent shoot. While sharing the photo, she wrote in the caption, “First in Iran Mahsa Amini and now in India… it’s happening with me they’re bullying me as a stalker??? No one cares about me or supports me… A strong woman is one who feels deeply and loves fiercely. Her tears flow as abundantly as her laughter. She is both soft and powerful, is both practical and spiritual. She’s a gift to the world,” along with hashtags ‘bring back our girls’ and ‘yes all women.’

Soon the post went viral on social media, fans has shown their support for her. One user wrote, “Never allow anyone to bring you down.” Another comment reads, ‘Are you ok sister, we love you.” One wrote, “Come back to Mumbai and start shooting…” Some users teased her about Rishabh, with one commenting on the post, “Vo to World Cup me busy hai (he is busy with the World Cup).” A comment also read, “You are sad that Rishab didn’t reply (to you).” 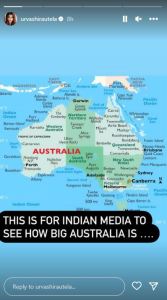 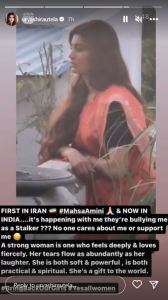 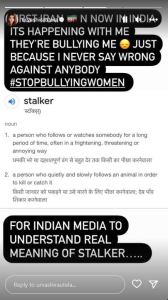 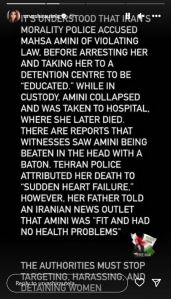