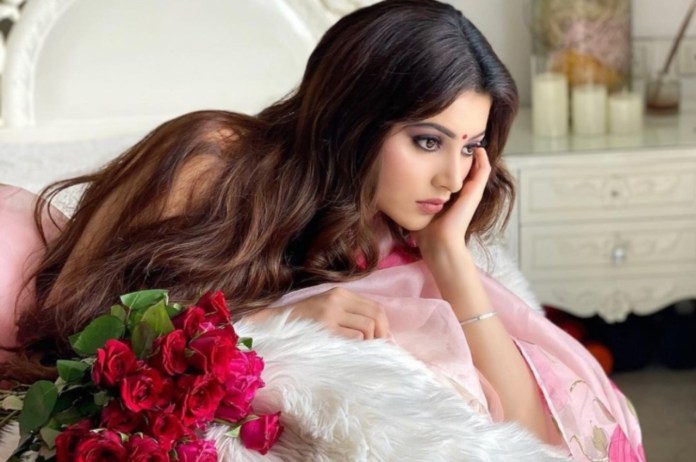 Urvashi has shared these pictures on her Instagram account. In this post, she is seen sitting in a sit and giving a killer pose. The actress has kept her hair open and fatigue is visible on her face. While sharing this photo, she wrote, ‘followed my heart, and it led me to Australia.’

Glamorous avatar of the actress

The glamorous avatar of Urvashi is seen in this photo. She is seen in a black look and is posing with killer looks and her delight is raising the heads of the fans. With this, she wrote in the caption, ‘Meanwhile, in Australia… & so the adventure begins’ and she is completing this journey with fans.

These photos of Urvashi are dominating social media. In this photo, the actress is lying on the bed and thinking about something. Along with this, rose petals are kept on the bed. Sharing these photos, she wrote in the caption, ‘The mirror was caught taking bribe again today, there was pain in the heart, and the face was caught smiling.’ And created an emoji with a broken heart.

In this photo, she opted for a pink suit and kept her hair open and wore a bindi. Sharing this photo, she wrote in the caption, ‘How can someone become so heartless that no one feels pity for someone’s yearning.’ Along with this, the actress also posted a heart-breaking emoji.

The actress also shared a video in which she is seen getting ready and watching the fitting of her dress. She is seen walking in a dress and looking at herself in the mirror. With this, she wrote ‘@festivalcannes’ in the caption. Seeing these photos, fans are commenting fiercely.

Urvashi Rautela’s fan following is tremendous and now she is all set to debut in Tollywood soon with the film ‘The Legend’. Along with this, she will also be seen in Jio Studios’ Inspector Avinash.