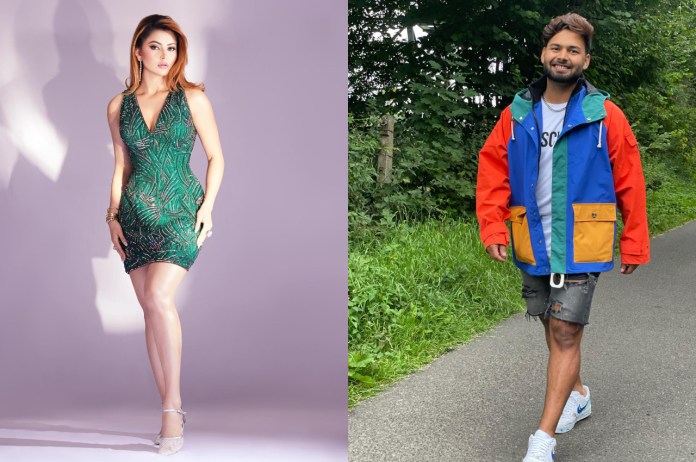 New Delhi: Urvashi Rautela is one of the beautiful Bollywood actresses who is famous for her beauty. She has been in discussions for a long time because her name is associated with Indian cricketer Rishabh Pant. At the same time, the actress recently headed to Australia ahead of T20 World Cup, and her latest Instagram post is proof.

Soon she shared the photos, and netizens started making memes and filling the internet with them.

Memes are being made fiercely on Urvashi and Rishabh Pant. At the same time, many videos are getting viral on social media. Whereas in this video, both of them meet in ‘Australia’ and started fighting.

What will Urvashi do in love?

Another meme of the actress is going viral on social media in which she is sitting and the song is playing in the background, ‘Main tere peech-peche aa gayi’. Sharing the video, she is saying, ‘what will Urvashi Rautela do in the love of Rishabh.’ This video has become very popular as soon as it comes on the internet.

The actress reached the ground

Another video of Urvashi has surfaced on social media, in which the actress is seen on the ground. Earlier, a snake came out in the stadium from which netizens made the meme. In the photo, Urvashi Rautela’s face is shown on the snake’s face, and everyone is making fun of it.

The actress recently shared a photo, and a meme is being made on it. While sharing this photo, a person wrote, ‘Urvashi Rautela truly loves Rishabh Pant but he does not even give her the feeling.’ Fans have showered comments on this post.

In this meme, Rishabha is seen telling the actress not to follow me like this. This is a scene from the film ‘Hera-Pheri’ from which the meme is made. In social media, there is one thing which is getting viral, which is Urvashi is in love with cricketer Rishabh Pant, about which the actress also made many disclosures in the interview.

Urvashi Rautela’s fan following is tremendous and now she is all set to debut in Tollywood soon with the film ‘The Legend’. Along with this, she will also be seen in Jio Studios’ Inspector Avinash.