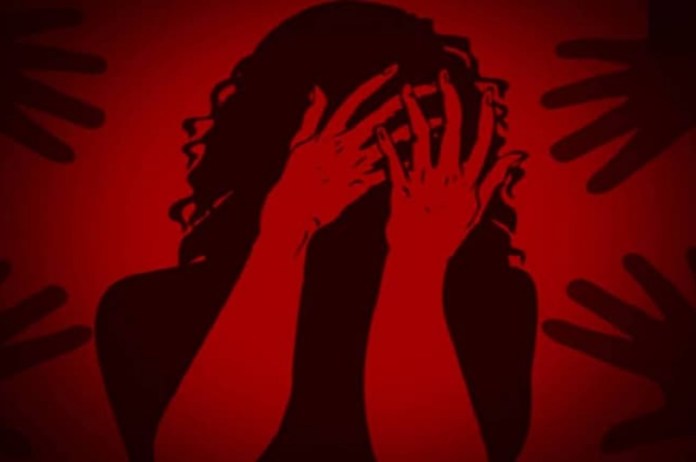 New Delhi: Two Malayalam actresses had a spine-chilling experience while promoting their new movie at the Hilte mall in Calicut. They were sexually assaulted after the event as they were walking toward the door. One of the actors even attempted to slap a man who made advances toward her. The two celebrities documented their agony on social media.

In a shocking incident, two actresses were sexually assaulted in public during the promotional event of their upcoming film. One of the actresses wrote, “So, I and my movie team were promoting our new movie at a mall in Calicut. The promotion events went well across all places in Calicut and thanks to the love from the people of Calicut. The event at the mall was extremely packed with people and the security was struggling to handle and maintain the crowd.” 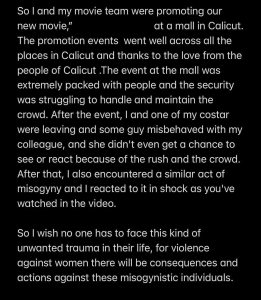 She continued and wrote, “After the event, I and one of my co-stars were leaving and some guy misbehaved with my colleague, and she didn’t even get a chance to see or react because of the rush and crowd. After that, I also encountered a similar act of misogyny and I reacted to it in shock as you’ve watched in the video.” “So, I wish no one has to face this kind of unwanted trauma in their life, for violence against women, there will be consequences and actions against their misogynistic individuals (sic),” she concluded her note.

Her co-star described her ordeal and wrote a lengthy Malayalam letter. “I wish no one has to experience this kind of unnecessary anguish in their lives,” she added. She further stated that the movie crew would pursue legal action against the people.