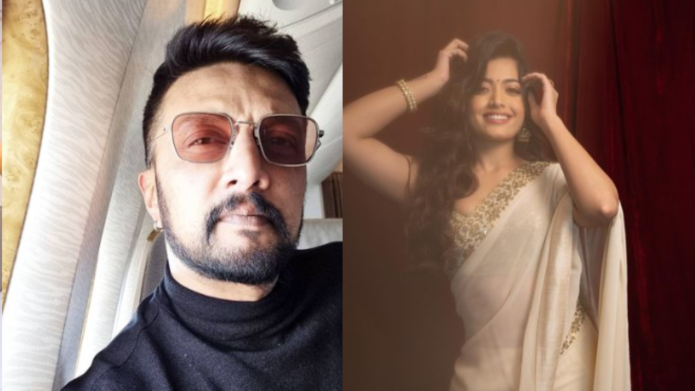 New Delhi: Kannada superstar Kichcha Sudeep has reacted in response to rumours that Rashmika Mandanna had been expelled from the Kannada film business for claiming not to have seen Rishab Shetty’s Kantara.

Many people claimed that as she became a great actor, she lost sight of her roots. According to Kichcha Sudeep, living the superstar life is all about receiving garlands and stones.

In a recent interview, the Vikrant Rona actor told IndiaGlitz Telugu, “It is what it is. How can you change the world? If you go 15-20 years back, there were news channels interviewing us and all that was pretty new at the time. But if you go to Dr Rajkumar sir’s time, nothing was there except Doordarshan and papers.”

He said, “So, how can you say they were better because now suddenly media is there? It’s wrong (to say that) because of media news everything is going wrong. We should learn to handle it. We should always move on. And once you’re a public figure, there will always be garlands; there will always be eggs, tomatoes and stones also coming at you.”

Kichcha said, as celebrities, they should all know how to deal with trolls. He added, “I think we should learn to face it and get stronger. When we know that this is going to happen, I think we will all be more polished in what we talk, how we speak or what we are supposed to say. You want to have an account on Facebook and Twitter and following of 2 or 10 million but you don’t want this negative thing? Really?”

Rashmika Mandanna on Kantara controversy and the reported ban

Quashing all the rumours, Rashmika said, “So far I have not been banned.” Meanwhile, the actress reacted to the trolls she received. She took to her social media handle and penned a lengthy note claiming herself to be a, “punching bag for a lot of trolls and negativity out there”. “It’s heartbreaking and frankly quite demoralising when I’m being ridiculed and mocked by the internet especially for things that I HAVE NOT SAID. I’ve found that bits of things I’ve said in interviews are being turned against me. False narratives being spread across the internet that can be very harmful to me and the relationships I have in or outside the industry.”