The many faces of actor Rajdeep Choudhury, his upcoming film with Shaad Ali 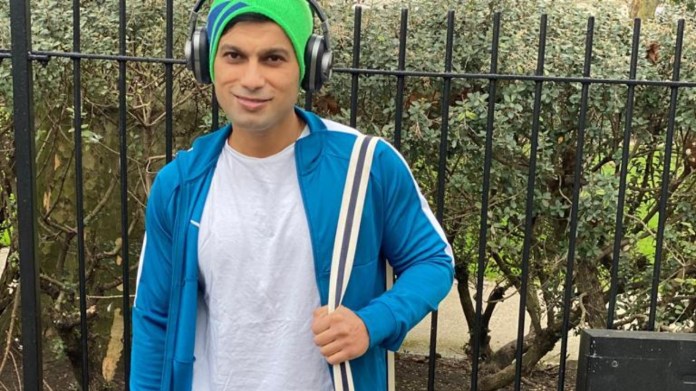 He has certainly played many different characters in his films and has managed never to look or sound the same. Whether it’s the mature bulky looking man in a beard for ‘Jack and Dil’, a spy in ‘Jackpot’, a chef in ‘Dangerous’, or a priest in ‘London Pandit’ and in his upcoming film with Shaad Ali where he will look like an actor from the 90’s era!

On speaking to Raj we find that he enjoys trying to get under the skin of each character and always discusses his views with the Director of the film and Costume Stylist to try and give a character as realistic a look as possible. “I feel the character should be real. it should be someone that exists and someone that you have perhaps come across somewhere in your life. Whether it’s a shirt or a shoe I like to question in order to make the film look right” As Confucius once said, “The man who asks a question is a fool for a minute, the man who does not ask is a fool for life.”

Rajdeep says working with Shaad Ali for ‘Mr Mummy’ was very exciting. They shot in the beautiful county of Yorkshire in England while it was snowing. “Shaad, Sir, was always composed on set, he knew what shots he wanted. Once he got those shots, he just moved on. There were a few days where we were able to packup way earlier than call times because Director, Shaad,Sir,knew he had already got the shots he needed for the day.This requires a lot of experience and real confidence that certainly impressed me.”

Rajdeep’s recent release ‘London Pandit’ is getting some genuine appreciation from film critics. His transformation into a Pandit is quite something to see.The language, diction and the body language are always on point. On asking how he achieved it, Rajdeep replied, “Well growing up in a family where my mother was religious and conducted various festivals, I would sit and just watch the Priests. Those memories helped me quite a bit.

One speaking to Raj who has trained in one of the most prestigious drama school “Royal Central School of Speech and Drama”, we get a feel that he is a transformation artist and can’t wait to see what he will deliver for us in the future.