HomeEntertainmentThe Lord of the Rings: The Rings of Power: Hrithik Roshan raves...

The Lord of the Rings: The Rings of Power: Hrithik Roshan raves about new series 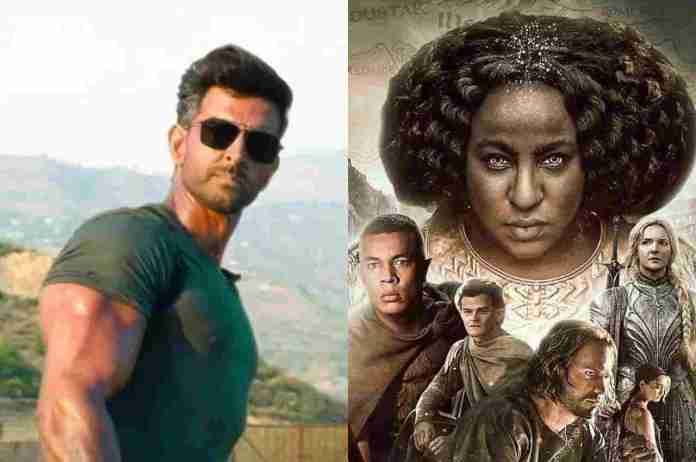 New Delhi: The day is here! Prime Video’s eagerly awaited fantasy saga, The Lord of the Rings: The Rings of Power, premiered two episodes today. While fans are soaking up the magnificent adventure of the fabled Second Age on Middle-earth, social media is flooded with reviews and reactions lauding the Amazon Original series. Popular A list actors Hrithik Roshan, Tamannaah Bhatia, Rasika Duggal and Mini Mathur along with renowned filmmakers Kabir Khan and Guneet Monga who attended the grand Asia Pacific Premiere of the series in Mumbai marveled at the visual spectacle. From calling it ‘larger-than-life to enchanting,’ these celebrities were bowled over by The Lord of the Rings: The Rings of Power.

Also Read :- The Rings of Power: Tamannaah Bhatia mesmerized by detailing of the series

Hrithik Roshan called the series ‘incredible,’ while Tamannaah Bhatia opined, “The detailing is kind of enigmatic and it takes you to another world. An astonished Kabir Khan said, ‘I’ve never seen this scale in my life,’ as he praised the makers for their efforts. While Rasika Dugal enjoyed ‘revisiting The Lord of the Rings in unique manner,’ Mini Mathur, who is a fan of J.R.R Tolkien, was left speechless. Film producer Guneet Monga can’t wait for the series to unfold as she found it ‘very cool.’

Created by J. D. Payne and Patrick McKay, the series is set thousands of years ahead of Tolkien’s original trilogy and explores Middle-earth’s history in the Second Age. It features a talented cast of Morfydd Clark as Galadriel, Rob Aramayo as Elrond, Benjamin Walker as High King Gil-galad, Charles Edwards as Celebrimbor, Nazanin Boniadi as Bronwyn, Cynthia Addai-Robinson as Queen Regent Míriel, Sophia Nomvete as Princess Disa and Owain Arthur as Prince Durin IV, among others.

The first two episodes of The Lord of the Rings: The Rings of Power are now streaming on Prime Video in English, Hindi, Tamil, Telugu and Kannada. Fresh episodes will drop weekly, with the series airing its epic season finale on October 14.