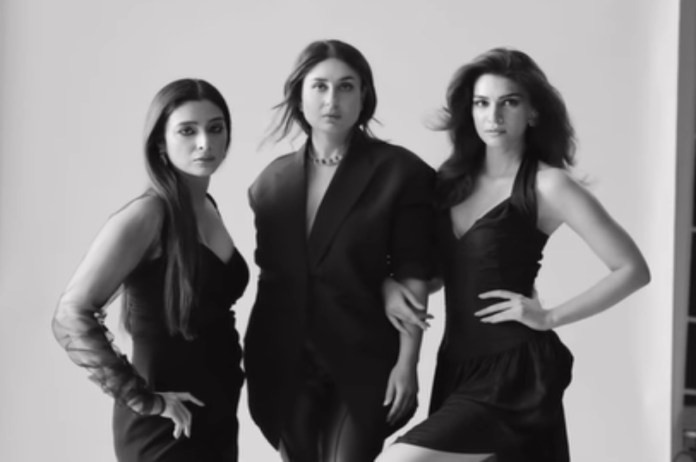 New Delhi: It is reported that Bollywood actresses Kareena Kapoor Khan, Kriti Sanon and Tabu will be seen together on screen for the first time. This will be the first time that the three beauties will be sharing the screen. The makers of Bollywood have got another trio who will be adding a touch of beauty to the screen.

Kareena Kapoor Khan, Kriti Sanon and Tabu will be seen together in the film ‘The Crew.’ Film producers Ekta Kapoor and Rhea Kapoor are producing this film together. Earlier, the duo produced the film ‘Veere Di Wedding’ in which Kareena Kapoor Khan was seen in the lead role.

Rajesh Krishnan is going to direct the film. Speaking about the film to a media channel, Kareena Kapoor Khan said, ‘It was a lot of fun working with Rhea Kapoor in the film, Veere Di Wedding, and it will be the same this time too. Rhea Kapoor has cast Tabu and Kriti for the film, and I am very excited to work with them. As of now, the shooting of the film has not started yet.”

According to reports, the shooting of the film ‘The Crew’ will start in February next year. No information has been revealed regarding the story, the release date, and the place of the shooting.

Workfront of Kareena, Kriti and Tabu