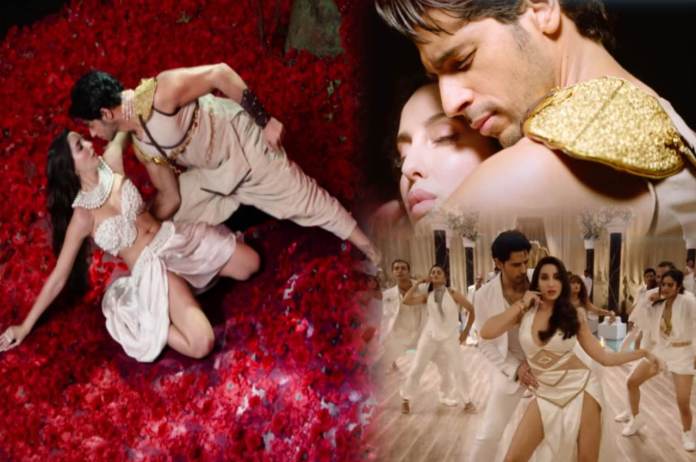 New Delhi: Musician Yohani’s Manike Maga Hithe, a track that had the entire nation grooving, now has a Bollywood version. Sung by Yohani herself in collaboration with Jubin Nautiyal and Surya Ragunnathan, the new rendition, titled Manike, is as melodious as the original track. The song has been filmed on Nora Fatehi and Sidharth Malhotra for their upcoming film Thank You. The rap verse of Manike written by Mellow D. Music for Thank God has been composed by Tanishk Bagchi and Chamath Sangeeth. The music video of Manike was shared by the makers on Friday and the too hot to handle duo of Nora and Sidharth is sure to transport you in some other world, probably the one ruled by Chitragupta.

The three-minute video begins with Ajay Devgn’s Chitragupta testing Sidharth’s character’s restraint, especially when he’s being enticed by Nora Fatehi. He tells him, “Lust ek aisi weakness hai jo har mard mein hoti hai. Aur isse tumhe control karna hai (Lust is every man’s weakness, and you have to learn to control it).” The video has Sidharth and Nora literally dancing on a bed of roses. The song concludes with Nora guiding Sidharth’s persona in the direction of a more private location as drapes drop to enclose them and hide them from view.

Nora and Sidharth look absolutely stunning in their pristine white attires and their chemistry is unmissable. The song has an element of lust as we had witnessed in Thank You trailer that it’s one of the weaknesses of common man played by Sidharth in the film. Additionally, the actor is already married to Rakul Preet Singh.