Thank God Diwali Trailer Out: Ajay Devgn reminds Sidharth Malhotra of his sins in a battle of life and death 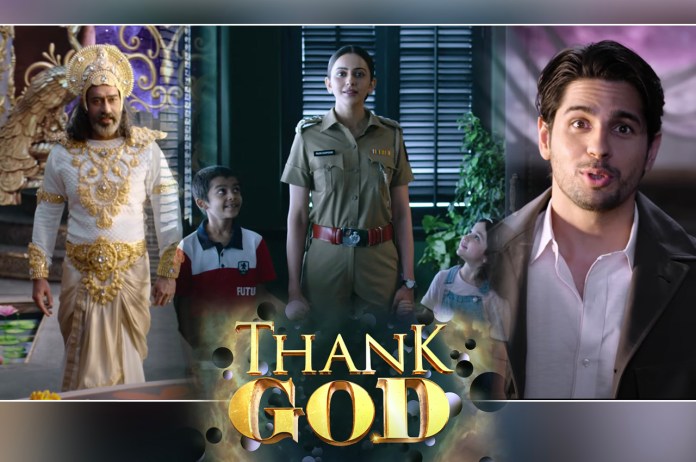 New Delhi: Thank God, Sidharth Malhotra’s next release is almost here. The film, which also stars Ajay Devgn and Rakul Preet Singh in crucial roles, has dominated the headlines since its first trailer was debuted. Fans have been anticipating the release of the film, which is a sequel to the smash film OMG: Oh My God! Before the film’s debut, the producers are attempting to capture everyone’s attention and raise the level of excitement by releasing a new trailer. We bet this trailer is going to entertain you a little more.

Sidharth Malhotra can be seen seated as Ajay Devgn appears in his original spiritual form in the latest video. Sidharth becomes perplexed as Ajay speaks in Sanskrit, but Ajay then changes his avatar and adopts a contemporary appearance while explaining to Sidharth what has happened to him. “Celebrate the festival of lights with Ayan as he journeys into the Game of Life and redeems himself of all his sins!” Sidharth says in this new hilarious commercial.

Thank You will face stiff competition with Ram Setu at box office. When asked about the clash with Ram Setu, Sidharth said, “I feel Diwali is such a period that historically multiple films have come. I think that’s the period when people want to enjoy movies and come. So, I don’t really feel that it’s something would hamper or take away from any other film. Ram Setu is Akshay Kumar’s film and we wish him all the luck. It’s all upto the audience.”