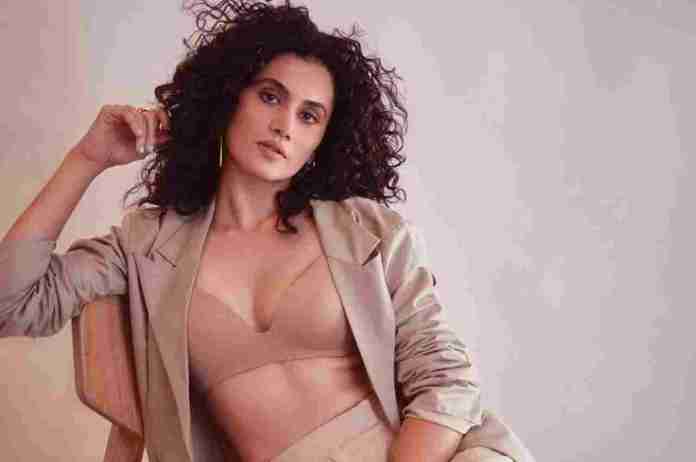 Taapsee Pannu birthday: Taapsee Pannu turns a year older today! One of the most versatile actors of her time, Taapsee made her debut with Telugu film Jhummandi Naadam in 2010. Her second celluloid appearance was Tamil movie Aadukalam. Taapsee had a number of setbacks before finally making it big with her ground-breaking performance in the 2016 movie Pink, in which she co-starred with none other than Amitabh Bachchan. The film cemented her place in Bollywood. Since then, she has acted in a number of movies, including Baby, Badla, Thappad, Judwaa 2, Haseen Dillruba, and Manmarziyaan, among others, showcasing her acting talent and flexibility. Moving forward, we only see Taapsee going from strength to strength with her upcoming films. Let’s have a look at Taapsee’s upcoming films:

Directed by Ajay Bahl, Blurr is the remake of another Spanish film Julia’s Eyes. The film revolves around a police officer who slowly loses her eyesight while investigating the death case of her twin sister. Apart from her, the film will also feature Gulshan Devaiah in a prominent role. Blurr will be Taapsee’s maiden production venture under her production house Outsiders Films.

Following Manmarziyaan, Taapsee will work once more on Dobaaraa with renowned director Anurag Kashyap. Recently, the movie’s trailer was released, and it fascinated and aroused the audience to see what might be described as a “mind-bending thriller.” The movie is scheduled to premiere on August 19, 2022. A remake of the 2018 movie Mirage is called Dobaaraa. Pavail Gulati will be on the screen alongside Taapsee.

Finally, it’s happening!
I feel overwhelmed to announce my upcoming film with @iamsrk & @RajkumarHirani.
See you in cinemas on 22.12.23.https://t.co/AWgeFAyyy7@gaurikhan @RedChilliesEnt @RHFilmsOffical

Taapsee will appear in Dunki, a social dramedy directed by Rajkumar Hirani. She will be collaborating on a screen with none other than Shah Rukh Khan for the first time. The actress recently revealed to Pinkvilla in an exclusive interview how much she admires the famous actor. “I have a unique admiration for him, and I’m not sure how it could be much greater. However, there is also a certain kinship I have for him because we both come from the same place, Taapsee added. Vicky Kaushal and Boman Irani play crucial parts in the movie Dunki, which also stars Shah Rukh Khan and Taapsee Pannu. The movie is scheduled for release on December 22, 2023.

According to a recent article in Mid-Day, a sequel to the pulpy thriller starring Taapsee Pannu, Vikrant Massey, and Harshvardhan Rane will be released. The producers and the streaming giant are apparently exploring the concept of a sequel, according to a source who spoke to the news site. Kanika Dhillon, the author, is experimenting with the notion of continuing the story where the previous section ended. The production of this sequel is still uncertain.