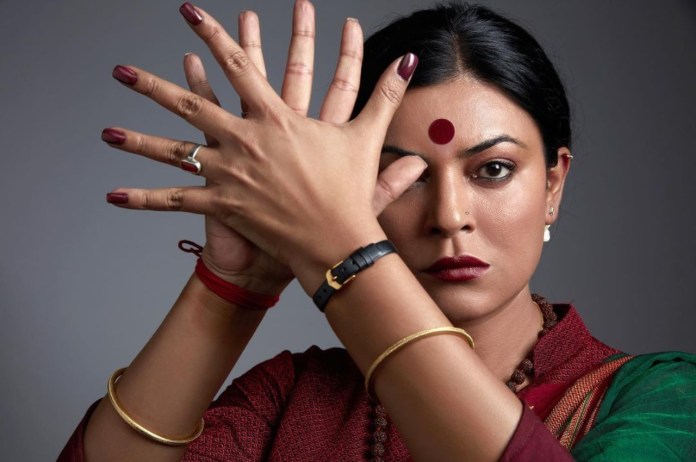 New Delhi: After the massive success of Arya, Sushmita Sen is back with a bang. The actor has revealed her upcoming web series, Taali, in which she will play transgender campaigner Gauri Sawant. Sushmita shared the first look from the series, saying she was “honoured and blessed” to bring Sawant’s narrative to the cinema. The series will be directed by Marathi director Ravi Jadhav.

Sushmita wrote, “Nothing makes me prouder & more grateful than to have the privilege of portraying this beautiful person & of bringing her story to the world!! Here’s to life & to everyone’s right to live it with dignity!!! I love you guys!!! #duggadugga.”

For the unversed, Gauri Sawant is a transgender activist who started the Sakhi Char Chowghi Trust in 2000, an NGO that provides transgender counselling and advocates safe sex. The six-part documentary will chronicle Sawant’s life, including her hardships and obstacles as India’s first transgender mother. It will also emphasise the emotional mother-daughter relationship.

Sushmita, who has a busy schedule, is anticipated to complete the series by November, after which she will begin filming the third season of Ram Madhvani’s Aarya. She is also planning a biography to mark her return to the big screen. “We are really delighted to have Sushmita Sen on board for our future project, which is a biography,” said film producer Deepak Mukut to Indian Express. “She has always been a force to be reckoned with when it comes to her acting abilities, and she is a perfect choice for the heroine of this biopic. We are certain that it will be an interesting experience for all of us,” he added.