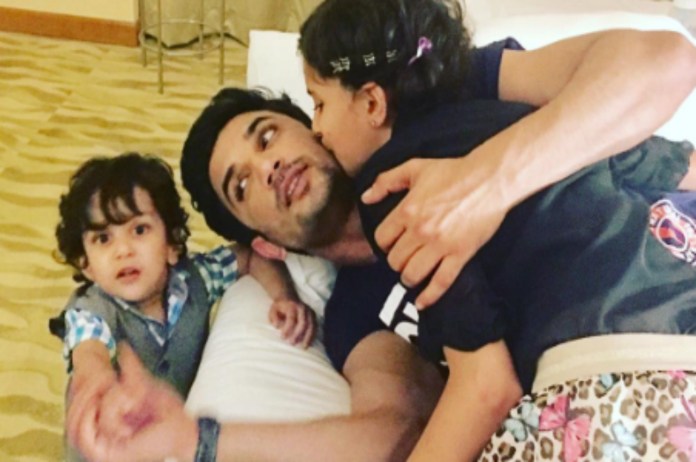 Sushant Singh Rajput Birth Anniversary: Bollywood’s late actor Sushant Singh Rajput may have said goodbye to the world but his fans still miss him. Today is Sushant’s birth anniversary, and everyone is getting emotional remembering him on this occasion. His sister Shweta Singh Kirti has also written an emotional note for her brother. She has shared an unseen of the actor. Let us tell you that, Sushant was found dead in the year 2020 at his house in Bandra, Mumbai.

Shweta has shared an unseen picture of the late actor with her children on her Instagram account, in which Shweta’s daughter is seen kissing Sushant on the cheek. The actor’s nephew is also seen in the picture.

Sharing the adorable throwback photo, Shweta wrote in an emotional note, “Happy Birthday mera cute sa sweet sa Bhai…Always remain happy wherever you are (I have a feeling you must be hanging out with Shiv Ji in Kailash) we love you infinity to the power infinity! At times you should look down and see how much magic you have created. You gave birth to so many Sushants with the heart of gold just like yours. I am so proud of you my baby and always will be. #sushantday #sushantmoon.”

A few days ago, a former employee of Cooper Hospital, (whose name is Roopkumar Shah) claimed that Sushant was murdered. Roopkumar Shah, who reportedly saw the actor’s postmortem in June 2020, recently claimed that the actor did not commit suicide and his body bore “marks of fractures”. However, Shah, who retired from Cooper Hospital in October 2022, did not present any evidence in support of his claims. Sushant’s sister Shweta also reacted to this shocking claim.