SS Rajamouli enlightens US journalists that RRR is not Bollywood film, Video Viral 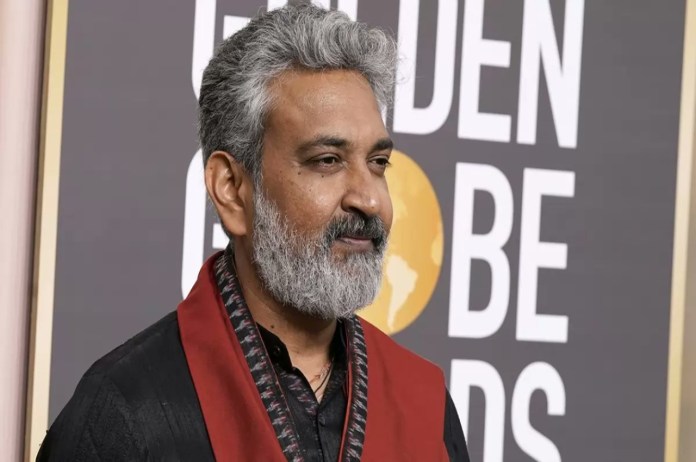 New Delhi: SS Rajamouli, who is reveling in the limelight that his magnum opus ‘RRR’ is receiving in the midst of ‘Naatu Naatu”s Golden Globe win, has set the record straight for American journalists. He has made it plain to them that the film is “a Telugu film from the south of India,” not a Bollywood film.

SS Rajamouli was addressing a gathering of journalists after his film was screened at the Directors Guild of America. he said,  “RRR is not a Bollywood film, it is a Telugu film from the south of India where I come from, but I use the song to move the story forward rather than stopping the film and giving you a piece of music and dance. I just use those elements to move the story forward.”

he further said, “At the end of the film, if you say I didn’t feel it like for three hours, then I know I am a successful filmmaker.”

SS Rajamouli enlightens US journalists that RRR is not Bollywood film

Hahahaha….. Even South industry distances itself from Anti-hindu/Anti-national Gutter called Bollywood.
SS Rajamouli on world stage… This is not a Bollywood move, this is Telgu movie from South India. 😂😂#BuycottBollywood pic.twitter.com/eUXEajNy7e

SS Rajamouli’s magnum opus is making headlines when the song ‘Naatu Naatu’ from ‘RRR’ received the Golden Globe Award for Best Original Song. The song outperformed Rihanna’s ‘Lift Me Up’ from ‘Black Panther: Wakanda Forever’ and Taylor Swift’s ‘Carolina’ from ‘Where the Crawdads Sing.

At the Golden Globe Award, when Rajamouli was asked about the audience started dancing to ‘Naatu, Naatu’ on the aisles, he said, “Isn’t that great? To take the audience out of their seats and make them dance,” adding. “I think it comes from the joy of film watching.”