Sonam Kapoor reacts to being trolled for her maternity photoshoot 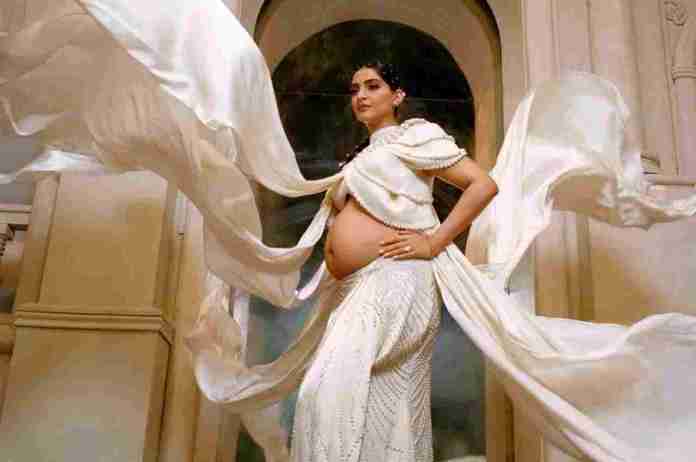 New Delhi: Sonam Kapoor was active on her social media handle throughout her pregnancy. The actress even did a photoshoot and shared pictures of the same on her Instagram handle. Many people praised her images whereas some were also trolling the actress.

Reacting to the trolls, Sonam in an interview with ‘Vogue’ expressed her views on the matter. In her statement, the new mom Sonam said, “I think the one thing I have grown out of is reacting to things I don’t need to react to. Thankfully, a lot of it has come with age, but it’s also because I understand that I live a very charmed life. I come from a place of extreme privilege and I literally have nothing to complain about, so if someone is saying something negative about me from behind a keyboard, it really is none of my business.”
She further said that she has always been vocal about celebrating womanhood and has often talked about PCOS, weight gain, stretch marks, etc. Sonam continued, “If I put out something to celebrate my body and my womanhood today, it shouldn’t come as a surprise. I have always been the kind of person to publicly discuss issues like dark circles, PCOS, weight gain and stretch marks.”

Sonam Kapoor gave birth to her first child with her husband Anand Ahuja on August 20,2022. The couple was blessed with a baby boy. Sonam had a great time while being pregnant, as seen on her social media. She has done it all, including taking her husband, Anand, on a babymoon and showing off her maternity style.

Meanwhile, Sonam was most recently seen in Dulquer Salmaan’s The Zoya Factor. The actress portrayed Zoya Singh Solanki in the film. Sonam will next be seen in Blind, alongside Purad Kohli, Vinay Pathak, and Lillete Dubey.