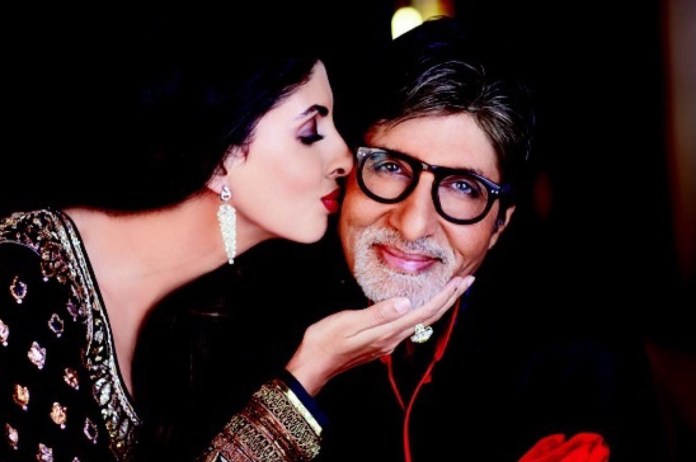 New Delhi: Shweta Bachchan celebrated her father Amitabh Bachchan’s 80th birthday by posting the lyrics of Abida Parveen and Naseebo Lal’s song Tu Jhoom as well as a slew of previously unseen family photos on Instagram. One of them also shows Amitabh Bachchan reading from a religious book during a puja ritual.

Shweta Bachchan concluded her post with the message, “To my grand old man happy 80th birthday.” The first image shows her kissing him on the cheek. There are also childhood photos of Shweta holding Amitabh’s hand while strolling with her, as well as recent ones of them together at events. She also uploaded a photo of Amitabh Bachchan as a youngster with his parents, Harivansh Rai Bachchan and Teji Bachchan.

Amitabh’s film, Goodbye, was released only days before he turned 80. It also stars Neena Gupta, Pavail Gulati, Elli Avram, and Rashmika Mandanna, who made her Bollywood debut in Pushpa: The Rise. He just revealed the character poster for his upcoming film, Sooraj Barjatya’s Uunchai. He is also working on Project K alongside Prabhas and Deepika Padukone.