HomeEntertainmentShooting, slaying and sleeping: Janhvi Kapoor 'trying to keep it together', see...

Shooting, slaying and sleeping: Janhvi Kapoor ‘trying to keep it together’, see pics

Bollywood actress Janhvi Kapoor recently shared sets of photos in which she shows some glimpse of her life with sister Khushi Kapoor. 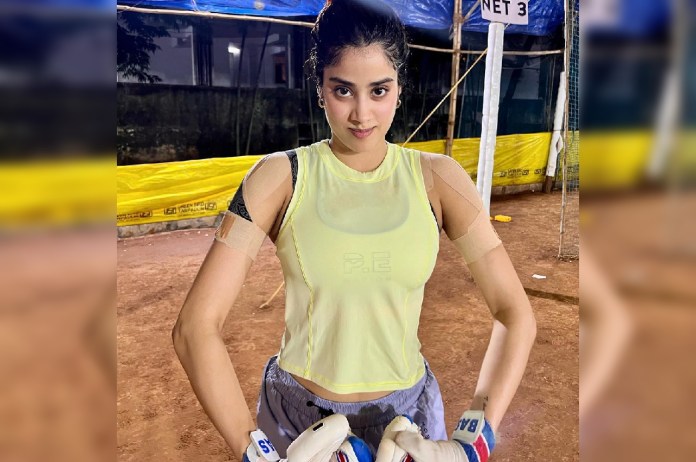 New Delhi: Bollywood actress Janhvi Kapoor, who is the daughter of producer Boney Kapoor and late actress Sridevi has always stunned everyone with her fashion look. The actress has given an absolutely powerful performance in films including Good Luck Jerry, Dhadak, Gunjan Saxen, and many more. She recently dropped some random photos on her Instagram handle and treated her fans and followers with a glimpse of her life.

The Dhadak actress posted 10 random photos and videos from a piece of her life. In one photo, her sister Khushi Kapoor can be seen sleeping while two of them were her dance videos. She captioned the post with, “trying to keep it together #literally.”

The shoot for Janhvi Kapoor and Rajkumar Rao’s film Mr and Mrs Mahi has been started in May 2022. The film is touted to be a heartwarming story about cricketing aspirations. The actress also shared glimpses of her prep for the film. In the photo, she could be seen at a cricket camp.

Also Read :- Kareena Kapoor says her boys ‘gang up’ against her, Read on

Janhvi made her Bollywood debut with the 2018 romantic drama Dhadak, for was a success. She also went on the receive a nomination for the Filmfare Award for Best Actress for her film Gunjan Saxena: The Kargil Girl (2020).

On the work front, Janhvi Kapoor will be seen in Mili with Sunny Kaushal, which is a remake of Helen. She also has a sports film Mr and Mrs Mahi with Rajkummar Rao and the action film Bawaal with Varun Dhawan.