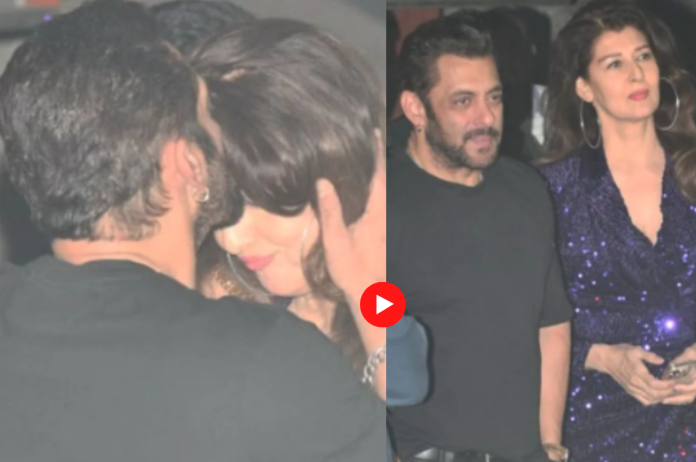 Salman Khan birthday: Salman Khan, who turns 57 today, got the party began in grand fashion. The actor left his Panvel property in favour of a lavish party in Bandra. On Monday night, Salman Khan was accompanied by a number of well-known actors for his birthday bash.

Is Salman Khan in love again?

For a long time, the name Sangeeta Bijlani has been linked to superstar Salman Khan. Meanwhile, Sangeeta made an appearance with Salman on his 57th birthday. Many photos from this event have been circulated on social media. Salman Khan has arrived to drop his ex-girlfriend Sangeeta Bijlani outside until the car in these images. During this, Salman can be seen hugging and kissing Sangeeta on the forehead.

Previously, Sangeeta Bijlani and Salman Khan were regarded as B-most Town’s popular couple. It is reported that this two’s relationship lasted for almost ten years. Even Salman Khan admitted on the film director Karan Johar’s programme that he and Sangeeta Bijlani were planning to wed and that even wedding invitations had been created.

Actress Somi Ali, according to the news, was the cause of Salman and Sangeeta’s separation. Salman and Sangeeta reportedly split up as a result of their growing closeness to Somi. However, they are now once more spotted together.